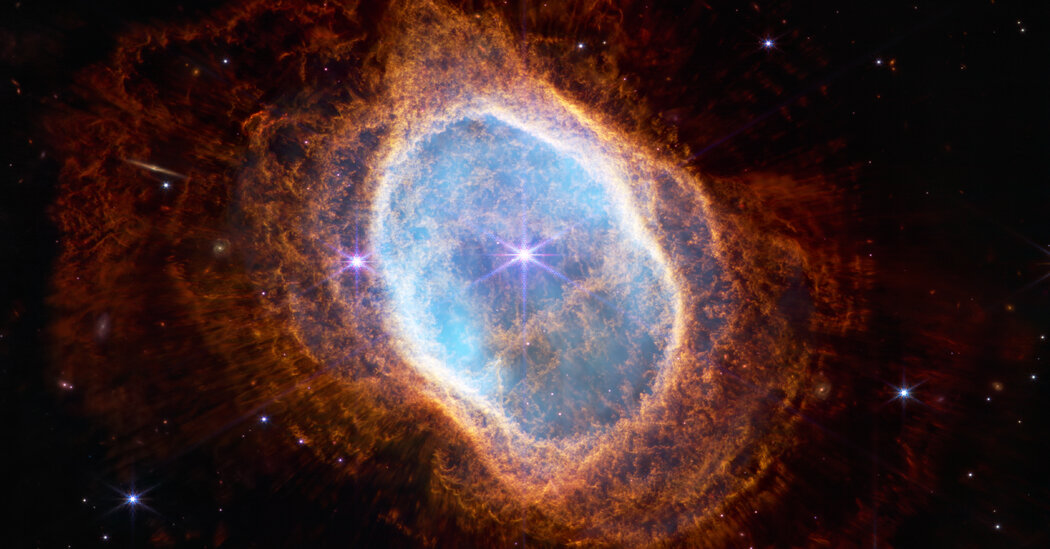 Gail Collins: Bret, we should talk a bit about the passing of Donald Trump’s first wife, Ivana. Any first thoughts?

Bret Stephens: A sad moment. She represented immigrant striving, something her former husband should have learned to appreciate — but didn’t. Did you know her?

Gail: No, my interactions with The Donald, as Ivana called him, didn’t begin until around the time of their divorce, when I was covering city government and he was trying to squeeze some deals out of the Council.

However, I was working then for New York tabloids and I have very vivid memories of the huge headlines on the front page — we called it “the wood” — when he was wrecking their marriage by cavorting with Marla Maples.

Bret: Ah, yes: “‘Best Sex I’ve Ever Had,’” if I recall the New York Post headline correctly. If Edith Wharton were alive today she’d write a novel about the period called “The Age of Relative Innocence.”

Gail: I know I don’t need to tell you this, but nobody was encouraging all that over-the-top coverage of his sexual adventures more than the man himself. Legend had it that when he finally got Ivana to step away, he asked his press people whether he could get back on the wood if he dumped Marla, too.

Bret: Do you think John Bolton ever says to himself, “I’m the Marla Maples of Donald Trump’s national security advisers”? No wonder the coups Bolton suggests he planned didn’t come off.

But speaking of getting back on the wood, does some Machiavellian part of you sorta hope Trump runs for president again?

Gail: Well, the totally self-regarding part is certainly rooting for it. If anyone else gets the nomination it’s possible we’d have a modestly normal campaign, which would be good for the country but very bad for my career of making fun of politicians.

Bret: If anyone other than Trump wins the G.O.P. nomination, that person will likely be the next president.

Gail: That’s certainly an underlying Democratic concern but we have to rise above it. Otherwise it’s like those jerks who try to help their candidate by underwriting the campaigns of the most terrible, hate-mongering person on the other side just to improve their chances.

Can’t think of a possible Republican nominee that’d actually be worse, but that’s really your department. Any way we’d look back with nostalgia on the Trump era?

Bret: Just imagine how nostalgic we’ll be under President Josh Hawley. Even now, there are plenty of middle-of-the-road voters who are looking back on the Trump years and saying to themselves, “Sure, it was crazy-town in the White House, but inflation was low, the stock market kept rising, gas was affordable, and Russia wasn’t invading its neighbors.” If Joe Biden doesn’t turn his administration’s fortunes around, Democrats are going to be facing a tsunami of voter fury.

Gail: I dunno — kidnap Joe Manchin, lock him in a tower and make it clear he’ll be forced to watch reruns of “My Mother the Car,” until he comes around on Biden’s priorities?

Bret: I think we need an alternative plan, Gail ….

Gail: Manchin is really sitting on the Democratic agenda, particularly when it comes to global warming. I know he’s in a very tight political situation in West Virginia, but he’s going to go down in history as the guy who helped make the planet a much worse place for future generations.

Bret: As the great Tip O’Neill famously said, “All politics is local.” That sentence pretty much sums up everything Democrats got wrong in Congress over the last 18 months.

Gail: As it stands, it looks like Biden’s best hope is to get passage of what some are now calling Build Back Manchin — which so far seems to be some modest reforms on drug pricing.

Breaks my heart, but am I right in suspecting it makes you do a happy dance?

Bret: Well, I’m glad Manchin stood his ground on spending, because inflation would be even worse today if he hadn’t. Now it’s time for Biden to tack right on policy issues like fracking, border security and crime; go hard on Republicans on guns and abortion; then come up with a plan to help Ukraine defeat the Russian army quickly, before Moscow can use energy to blackmail Western Europe in the dead of winter.

Maybe Biden can start by having Bill Clinton stop by the White House to offer some pointers on regaining the trust of the moderate center. Or is there someone else he should be talking to?

Gail: Well, um, he should talk with someone who disagrees with you about fracking.

One critical problem for the economy is the shortage of workers, and that’s in part because many mothers can’t find any safe or affordable place to leave their kids while they’re working. If Biden wants to change the subject, he should get back to high-quality, affordable early childhood education.

I know that’s not the direction you were hoping to travel, but couldn’t resist.

Bret: If Biden proposed something modest but attainable in that vein he might score a legislative victory, just as he did with the bipartisan gun bill that Senators Chris Murphy and John Cornyn hashed out last month. We also need more immigrants to make up for the labor shortfalls. How about raising the annual refugee cap to 750,000 from the current 125,000 while doing more to curb illegal immigration? That would combine humanity and good economic sense with political savvy.

Gail: Sounds good in theory but I’d want to know a lot more about how that curbing of illegal immigration was going to work. No question that we need an efficient border operation, a goal that has eluded every recent president. But nothing good is accomplished by spreading terror in immigrant communities around the country.

Bret: Agree. And by opening the door much wider to legal migration, we also reduce incentives for illegal and sometimes fatal border crossings, which in turn eases the pressure on border security.

Gail: Speaking of immigration … there’s an upcoming Republican Senate primary in Arizona where that seems to be a big issue. One of the leading Republican candidates, Blake Masters, once called for “unrestricted immigration” — back when he was a youthful libertarian.

Bret: He should have stopped there.

Gail: And also a guy who in his youth derided American entry into World War I.

Bret: Or even there.

Gail: He’s certainly a walking reminder of how important it is to remind young people on a daily basis that anything you put on the web can come back to haunt you. But here in 2022 he’s the candidate who said the problem of gun violence was all about “Black people, frankly.” And I hardly need mention he’s been endorsed by Donald Trump.

This is for the seat that currently belongs to a Democrat, Mark Kelly. So my two questions are: How would you want Arizona to go if it’s a Masters-Kelly contest, and any other nightmare party primaries you see on the horizon?

Bret: I wish Arizona still produced intelligent and independent-minded Republicans in the mold of Barry Goldwater, Jon Kyl, John McCain and Jeff Flake. Now it’s just a freak show. I’ll root for Kelly, but it’s a shame that as a senator the formerly cool astronaut has been such a space cadet.

Gail: I love the begrudging way you think.

Bret: The other race I’m looking at is the one in Wyoming, where Liz Cheney is hoping enough Democrats and independents will vote in the Republican primary to help her defeat her primary rival. I hope she does. She represents my idea of what political courage looks like.

Gail: Agreed, yet also very interested to see how her more liberal Democratic constituents work out this problem: Do you reward an elected official for showing extreme courage while voting against practically everything you’d want Congress to do?

Bret: Before we go, Gail, I neglected to mention the one government agency whose budget I would immediately double: NASA. I spent some of last week geeking out over the images that the Webb telescope has been beaming back to earth from its cosmic perch. It’s a good reminder that this country is still capable of doing good and mighty things.

Gail: Such a jaw-dropping reminder that as self-obsessed as we tend to get, we’re hardly the center of the universe.

Bret: Very true. And you’ve reminded me of a few lines of verse from my all-time favorite poet, Gerard Manley Hopkins, the only writer who has ever tempted me to truly believe in God:

Look at the stars! look, look up at the skies!

O look at all the fire-folk sitting in the air!

The bright boroughs, the circle-citadels there!

Down in dim woods the diamond delves! the elves’-eyes!

The grey lawns cold where gold, where quickgold lies! 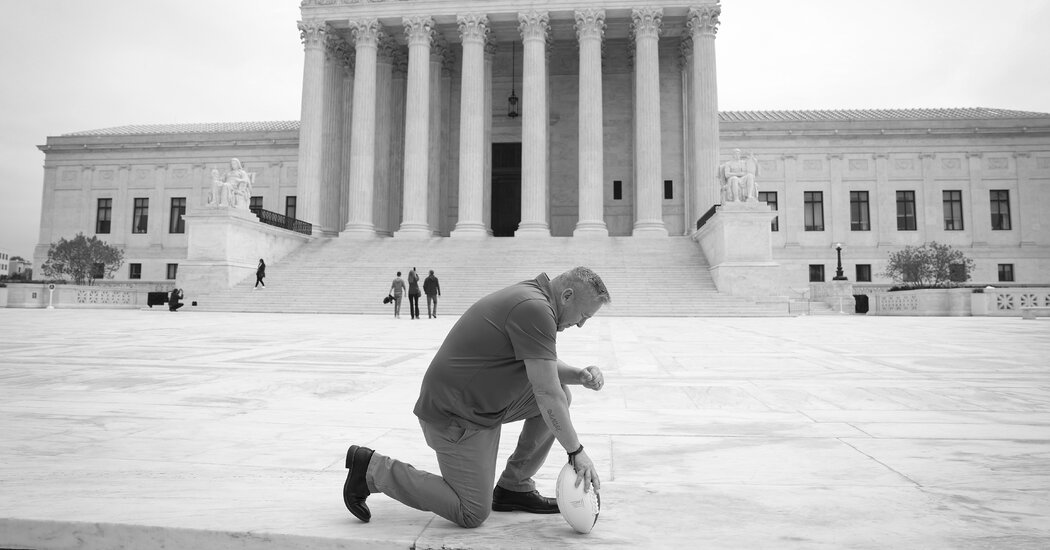 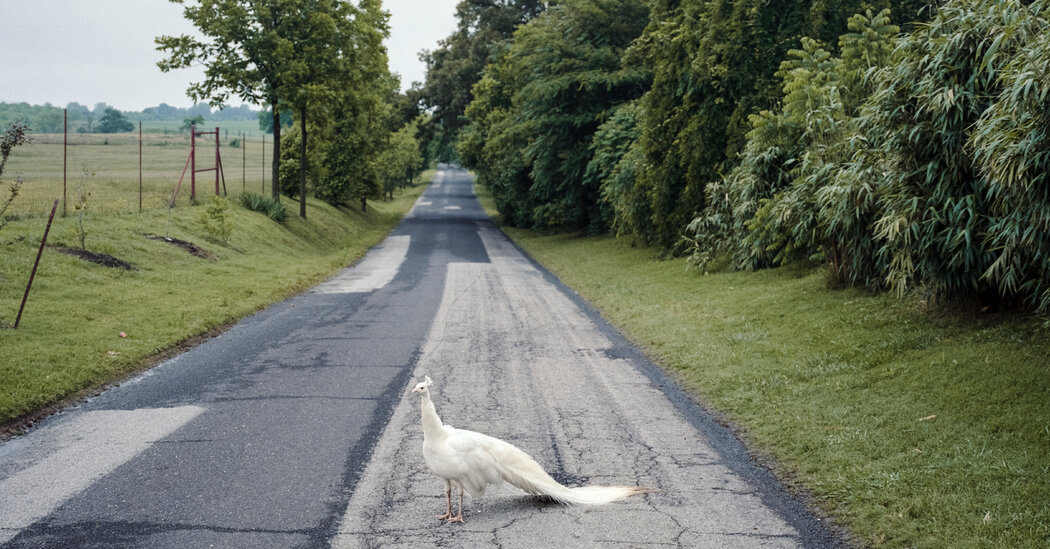 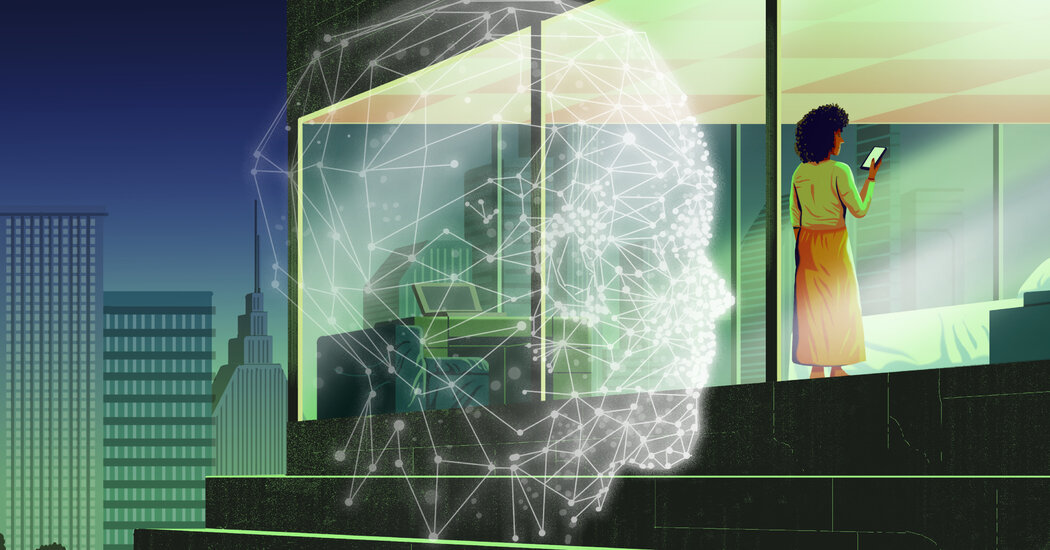 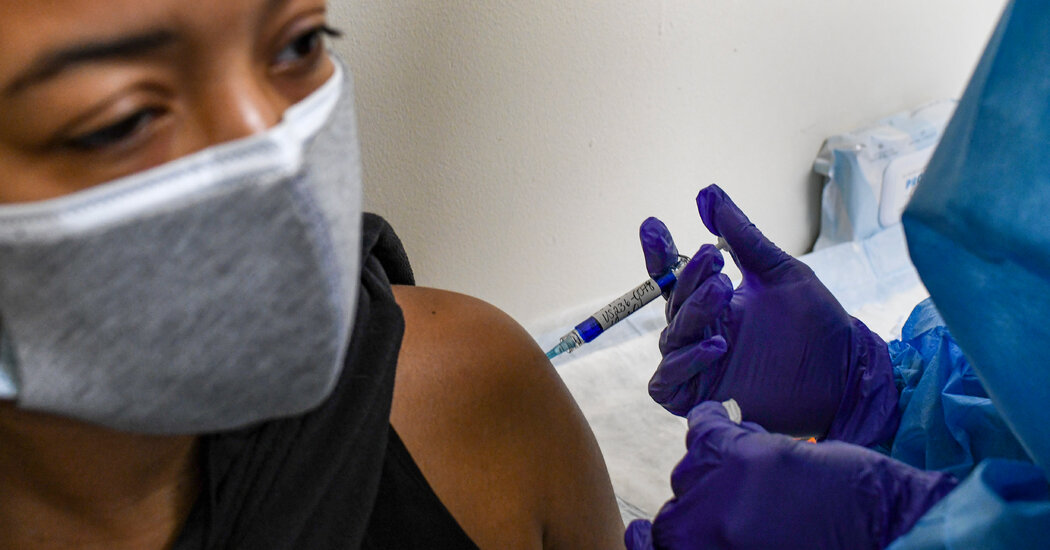 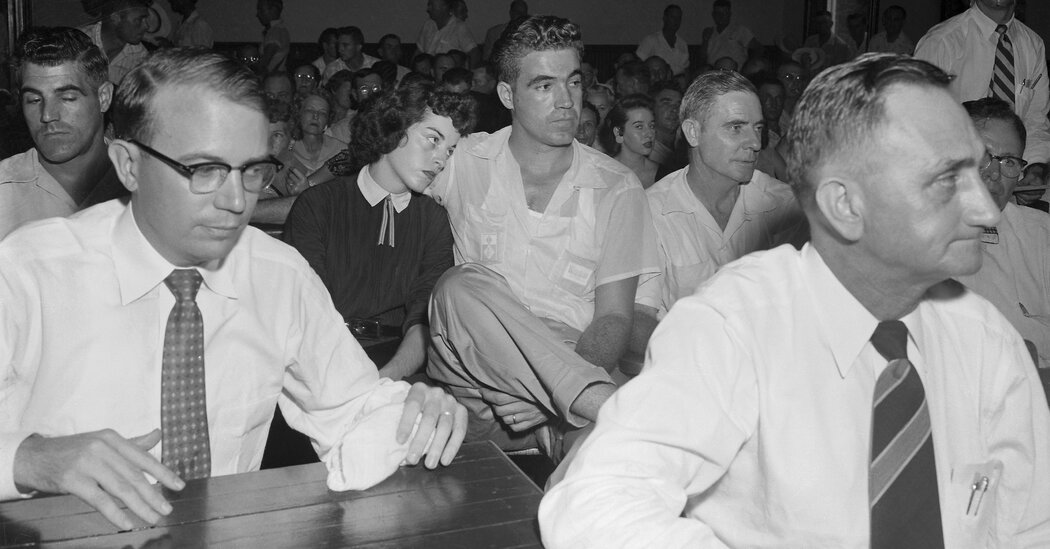 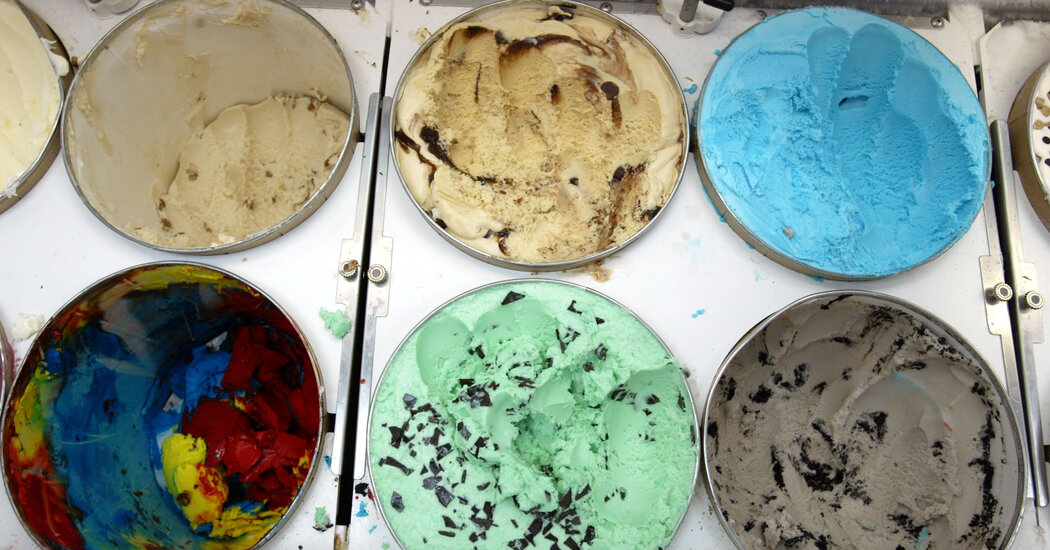 A Florida business is recalling its ice cream amid an...

One Village Alliance: David Miller In Action (1.18.14) in Wilmington