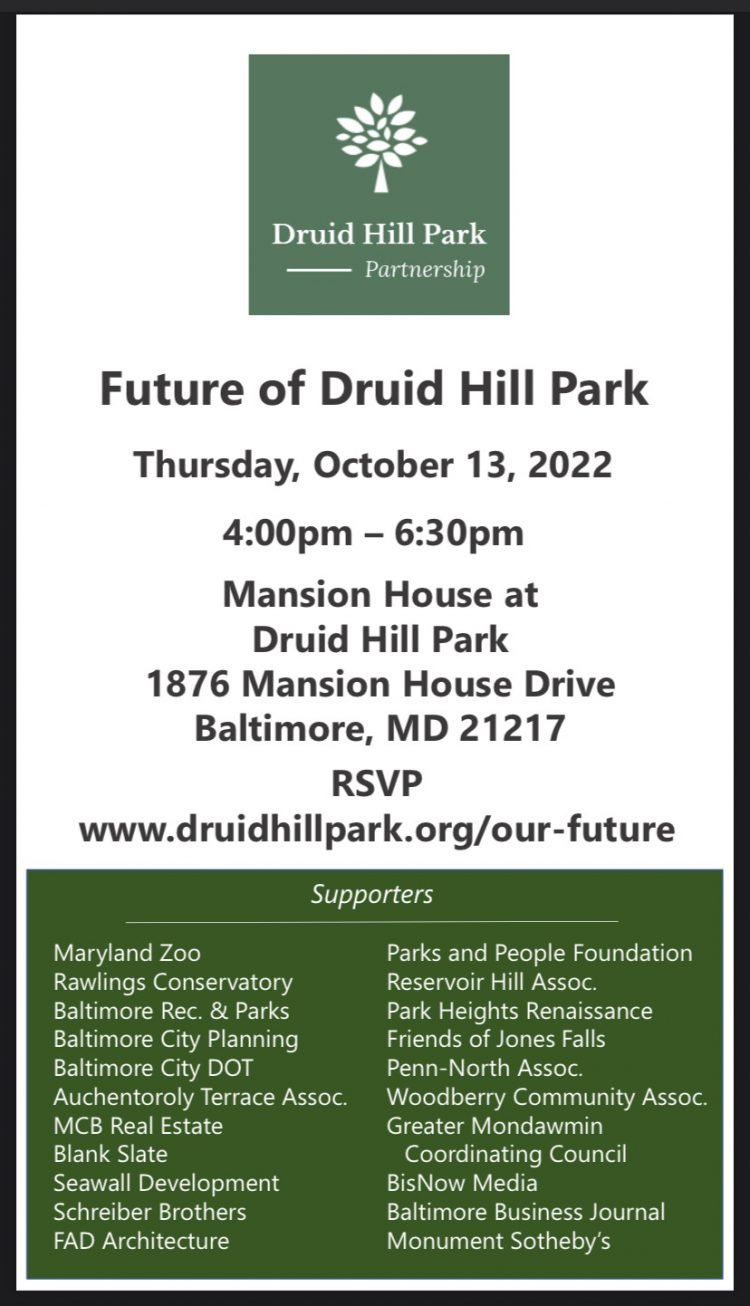 (BALTIMORE – September 16, 2022) – Druid Hill Park Partnership will be hosting an opportunity for the public to learn more about projects and plans for Druid Hill Park and the adjacent communities. On October 13, 2022, from 4 pm to 6:30 pm at the Mansion House in Druid Hill Park, state and local leaders will gather to present and discuss plans regarding an unprecedented level of investment in America’s third oldest public park.

“Druid Hill Park is the gem of Baltimore City, steeped with tradition and history and on a path to national prominence. We are thrilled as we near the end of the $140 million renovation of Druid Lake and begin a new and exciting future for Druid Hill Park,” 40th District State Senator Antonio Hayes noted. The 55-acre Druid Lake is the most prominent feature of Druid Hill Park. The current renovation, on track for completion in 2023, will finish a six-year project that includes creating the largest buried water storage tank in America.

MCB Real Estate Managing Partner P. David Bramble remarks, “Druid Hill Park sits in the heart of Baltimore, connecting every portion of the Baltimore region and a destination for those visiting the Mid-Atlantic.” He added, “Our company is proud to be spearheading transformational projects around the City and Druid Hill Park and participate in the (Druid Hill) Park’s exciting future.”

MCB has several large-scale residential and commercial developments around Druid Hill Park including the $100 million redevelopment of Madison Park North in the Reservoir Hill neighborhood.

For further details and tickets to the event, visit www.druidhillpark.org/our-future. 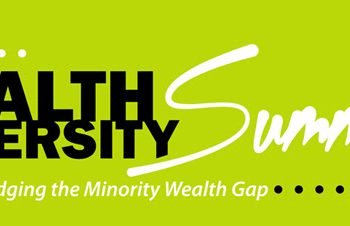 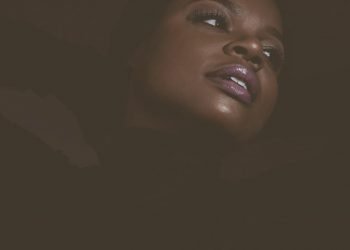 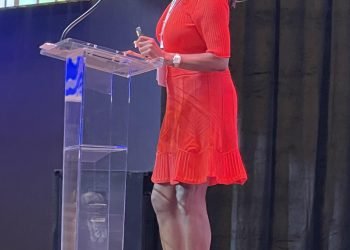 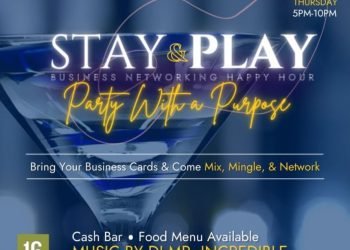 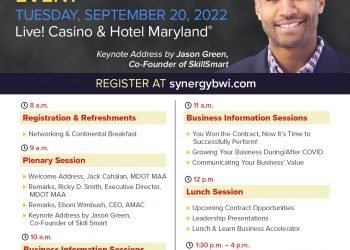 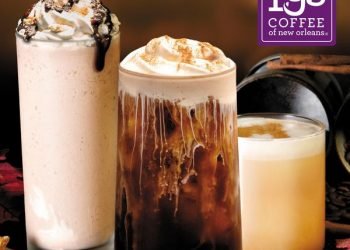 Somethin’ ‘Bout A Woman in A Dress