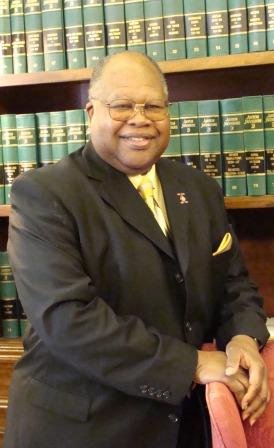 (BALTIMORE – May 4, 2022) – It’s been said that being Mayor of Baltimore is a thankless job. Well, that can also be said of other positions in government. Just ask former Baltimore County Councilman Ken Oliver.

Long removed from politics, Councilman Oliver – in this journalist’s estimation, did more for the development of Liberty Road than most anyone. At the time, the Baltimore County Executive was Jim Smith.

For Oliver and many others who travel the Liberty Road corridor, development on Liberty Road was long overdue. Oliver, the first Black councilman in the Blackest part of Baltimore County, was adamant about seeing that happen.

Before it was all said and done, Oliver led an unprecedented transformation of the Liberty Road corridor. During his tenure, the area would get a Ruby Tuesday’s, a Walmart Supercenter, a Home Depot, and a Sonic. I think Oliver’s greatest contribution by far was getting the Liberty Road Resource Center and the Y Swim Center in Randallstown built. And let’s not forget to add that this facility has the largest indoor track in the county.

I remember when that happened. No one had seen a County Executive pay that much attention to the area. If the squeaky wheel gets the oil, then Ken was that squeak.

Oliver had done what no other leader had done before in the northwest slice of Baltimore County, an area Blacks have been trekking to from Baltimore City over the past 50 years.

The councilman brought his extensive business acumen as a banker to the table and was able to negotiate a whole new set of resources for an underserved Black community.

Did he ever get thanked? Did anyone ever tell former Councilman Oliver how grateful they are for the amenities he was able to bring to the area? Not that I recall. So, we’re thanking Councilman Oliver right here, right now.

Oliver demonstrated courage and leadership, even if he had to stand alone. He is to be commended for this bravery and his potent understanding of the interrelationship between politics and economics. Too many young politicos fail to understand that if their being in office does not equate to increased dollars for the district and the businesses therein, then they have failed. Too many Blacks aspire to be in politics for self-serving reasons more so than actual service on behalf of their constituents.

At the same time – we, as a community, can be extremely hard on our leaders. We all have our opinions on this and on that, but at the end of the day, a leader has to lead. And that’s what Ken Oliver did. To the best of his ability, he led and the Liberty Road corridor is looking better because of it.

No, no one person can do it alone. At the same time, Oliver did not have a lot of allies on the majority white Baltimore County Council. But he did have a solid rapport with Jim Smith. And as the old folks say, ‘A closed mouth don’t get fed’. So, Ken asked and Jim delivered. And to Jim Smith’s credit, he knew he didn’t need any turmoil from the Liberty Road corridor. Smith understood the value and power of the Black vote on the westside of the county very well.

The point is that too often, we do not ask. Remember, we get what we negotiate. Too often, we fail to negotiate anything. That’s why East and West Baltimore seem like a killing field or graveyard.

Oliver did negotiate and now, Liberty Road and Baltimore County are better because of it.

In any event, we can never afford to forget that the struggle continues.

Today, the second Black councilman – Julian Jones, has a slightly different fight. The situation has changed some since Oliver’s tenure. There are now new developments and new players to consider.

What I see happening now is the formation of a supermarket desert. Having lost Giant, Shoppers, and Food Lion – the Liberty Road corridor grocery business is dominated by Walmart.

I could be wrong, but that’s my take on it.

Nonetheless, I just wanted to take a moment and recognize Ken Oliver for his efforts on behalf of Black people. His was certainly a thankless job, but he did it with class and better than most, especially at those fish fry events (smile). Thanks, Ken!