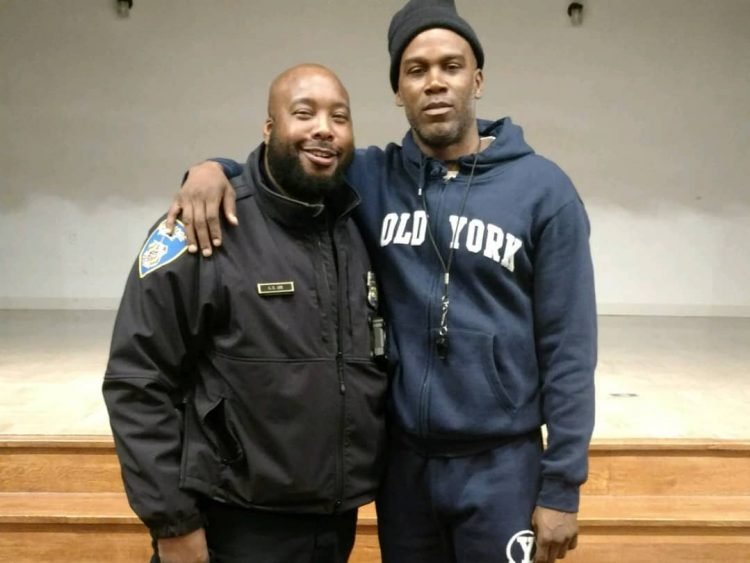 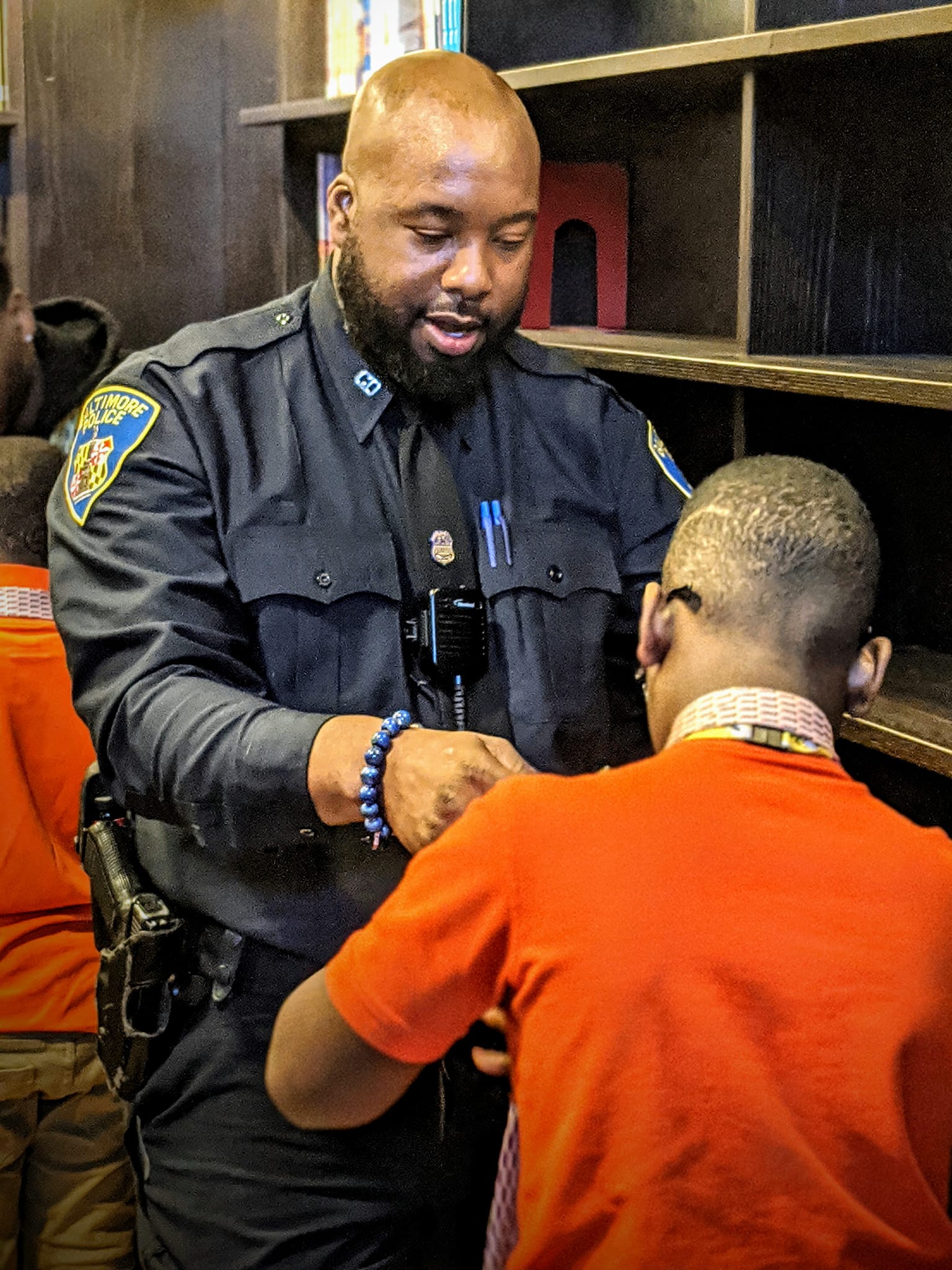 He continued, “After 28 plus years of service to the City of Baltimore, I am happy and fortunate to say I’m retiring. It has truly been an honor and privilege to serve the city that I call home.”

Ladies and gentlemen, I want you to understand just who Chuck Lee is: he is a man of God who loves his family and his community – beginning in the Black community. And in Baltimore, a majority Black city where Blacks still get treated like second-class citizens in an apartheid-like setting in this the 21st century, the retiring Officer Lee has been a breath of fresh air.

His legacy is one of service, kindness, humility, and character. He is the real deal.

I met this man in the middle of the Freddie Gray Unrest. I was literally running with a camera in my hand, and this voice out of the clear blue sky yelled,”Hey, Do-ni! Hey, Do-ni!”

Now, let me just say, it was the most awkward moment ever. Seriously! Here I am running towards the action on Eutaw Street around the time of the Freddie Gray Center Grand Opening. Pastor Jamal Bryant and Empowerment Temple created a safe space for young people on the cusp of downtown and all of the media was present.

Heck, I had every intention that day on capturing – tell the truth and shame the devil – the brewing anti-cop sentiment of the crowd, but this clear voice in the wilderness called my name. I had to stop, and listen. When I looked and saw that it was “5-0” calling me, the whole moment took on a different complexion. The first question that came to my mind is why are you calling me; but I didn’t say anything. Instead, I walked slowly toward this big mountain of a cop with another cop or two beside him.

He began to speak to me like he knew me. Lo and behold, it was a longtime radio listener of mine on WOLB 1010 AM, and apparently … a fan.

To say the least, I can tell you 7 years later that stopping and listening to the spirit in Chuck Lee on one of the ugliest days in Baltimore was life-changing. He’s a best friend, a prayer partner, a business colleague, and also a leader.

When he walks Historic Pennsylvania Avenue – real talk, all of the dumb stuff ceases and respect is immediately restored because just like I know him, everybody on ‘the Avenue’ knows him and respects him because they know beyond a shadow of a doubt that he is about his people.

Trust me when I tell you, those kids will hurt you if you even think to bring him any drama. Facts! He’s been a friend, a brother, a father to countless young people and their families. He has done so much to intercede in folks’ lives when others would just as easily turn and go the other way. And I do mean the least of us, or so we think.

Addicts and dealers alike know that this man put his life on the line for nearly three decades. It is nothing for someone to come up to him and say, “Officer Lee, after you locked me up, I have gotten my life together. Thank you!” I have seen it time and time again.

Anyway, Chuck is about to step into a new life and we pray, in the name of Jesus, for another set of opportunities for this brother who has nothing but love for the city. On behalf of his closest friends, we say thanks, Chuck, for all you do. Like his former partner Evan Anderson said, “We love you, bro! We can only hope to stand up to your legacy!”

Chuck concluded his comments by stating, “My time has come to close this chapter in my life. With that being said, I would like to thank everyone for their kind words, support, and prayers. I truly thank God for allowing me the opportunity to be a servant in the greatest city in America. It’s been real. I love you all and thanks again for your support.” #Retired

Thank you Chuck Lee for your service to the youth of Baltimore City! Job well done! Congratulations on your well-deserved retirement! – Kyla Liggettcreel

Legends at The Dome #Eastside #DaleTalleyBranch