As the Planet Cooks, Climate Stalls as a Political Issue 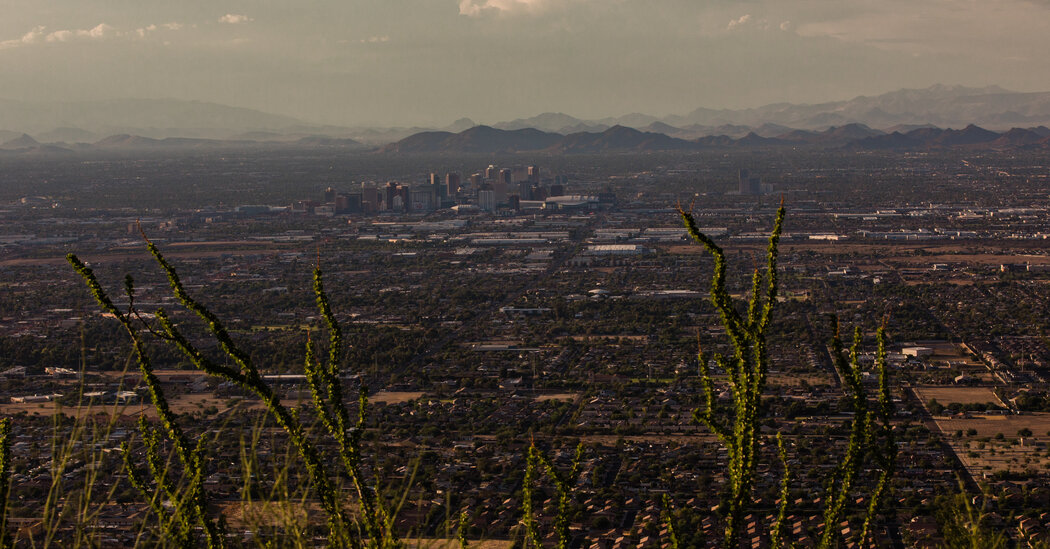 Summers in Maricopa County, Ariz., have become at times unbearable, Kyle Hawkinson said on Friday. Smog and haze hung heavily over Phoenix, and residents were bracing for fire season, when the heat and air pollution would only grow worse. Climate change, he said, is at least partly to blame.

But when Mr. Hawkinson, a 24-year-old cashier, voted for Joseph R. Biden Jr. in 2020, climate wasn’t really a factor in his choice, he said. As for voting in November, when the Arizona governor’s mansion and one of the state’s Senate seats are on the line, “that’s going to be a big maybe,” he said, adding, “Climate change is always going to be a problem. That’s just a given. Honestly, there’s only so much our leaders of the country can do.”

News on Thursday that even a stripped-down compromise to address a warming planet appeared to be dead was greeted in Washington by brutal condemnations from environmentalists and Democrats, some accusing Senator Joe Manchin III, Democrat of West Virginia, of dooming human life on Earth. Representative Pramila Jayapal, Democrat of Washington, called Mr. Manchin’s decision “nothing short of catastrophic.”

But an electorate already struggling with inflation, exhausted by Covid and adjusting to tectonic changes like the end to constitutionally protected abortions may give the latest Democratic defeat a resigned shrug. And that may be why climate change remains an issue with little political power, either for those pressing for dramatic action or for those standing in the way.

“People are exhausted by the pandemic, they’re terribly disillusioned by the government,” said Anusha Narayanan, climate campaign director for Greenpeace USA, the environmental group known for its guerrilla tactics but now struggling to mobilize supporters. She added: “People see climate as a tomorrow problem. We have to make them see it’s not a tomorrow problem.”

Still, just 1 percent of voters in a recent New York Times/Siena College poll named climate change as the most important issue facing the country, far behind worries about inflation and the economy. Even among voters under 30, the group thought to be most energized by the issue, that figure was 3 percent.

“This challenge is not as invisible as it used to be, but for most people, even those who live in greater Miami, this isn’t something they encounter every day, whereas their encounters with a gas pump are extremely depressing,” said Carlos Curbelo, a former Republican House member from South Florida who pressed his party to act on climate change. He added: “In healthier economic times, it’s easier to focus on issues like this. Once people get desperate, all that goes out the window.”

8 Signs That the Economy Is Losing Steam

Worrying outlook. Amid persistently high inflation, rising consumer prices and declining spending, the American economy is showing clear signs of slowing down, fueling concerns about a potential recession. Here are other eight measures signaling trouble ahead:

Consumer confidence. In June, the University of Michigan’s survey of consumer sentiment hit its lowest level in its 70-year history, with nearly half of respondents saying inflation is eroding their standard of living.

The housing market. Demand for real estate has decreased, and construction of new homes is slowing. These trends could continue as interest rates rise, and real estate companies, including Compass and Redfin, have laid off employees in anticipation of a downturn in the housing market.

Copper. A commodity seen by analysts as a measure of sentiment about the global economy — because of its widespread use in buildings, cars and other products — copper is down more than 20 percent since January, hitting a 17-month low on July 1.

Oil. Crude prices are up this year, in part because of supply constraints resulting from Russia’s invasion of Ukraine, but they have recently started to waver as investors worry about growth.

The bond market. Long-term interest rates in government bonds have fallen below short-term rates, an unusual occurrence that traders call a yield-curve inversion. It suggests that bond investors are expecting an economic slowdown.

Two years ago, millions of high school students were leaving school early on “climate strikes.” Greta Thunberg, the teenage Swedish activist, was a hero as she sailed across the Atlantic Ocean for United Nations climate talks and Representative Alexandria Ocasio-Cortez of New York was preaching a Green New Deal. In 2020, Mr. Biden campaigned on a transformative, $2 trillion program to wean the nation from fossil fuels.

By this week, what remained of that program — mainly clean energy tax breaks and subsidies to purchase electric vehicles — appeared dead, killed by Mr. Manchin, who fretted that it could exacerbate inflation. The bipartisan infrastructure bill signed by Mr. Biden did include $2.5 billion to help communities install charging stations, but consumers appeared to be on the hook for the full cost of the cars and trucks that need the juice.

In another setback for climate activists, the Supreme Court severely limited the ability of the Environmental Protection Agency to regulate climate-warming carbon dioxide from electric power plants.

Even the soaring cost of gasoline seems to have undermined a central belief of the climate movement: that higher prices for fossil fuels would naturally spark a rush toward more efficient vehicles and alternate energy sources. Instead, gas prices over $5 a gallon produced a bipartisan call for more oil production.

Even strong advocates of action acknowledge that voters are shelving their climate worries for now. Peter Franchot, the Maryland state comptroller who faces a primary on Tuesday in his run for governor, has a history of commitment to environmental issues and the endorsement of Senator Ed Markey of Massachusetts, one of the original sponsors of the Green New Deal.

But, Mr. Franchot, who worked for Mr. Markey as an aide in the 1980s, said climate is not what voters are focused on now. “The No. 1 issue facing most of the public in Maryland is the volatility and uncertainty about the economy. That’s what people are concerned about, and they’re particularly concerned about the rate of inflation,” he said.

Mr. Markey argued there would be political consequences if Democrats didn’t show they were doing all they could on climate. Young voters and liberals already are deflated by Democrats’ failures on other priorities, as well as the Supreme Court’s decisions. A major drop-off in turnout would sink Democrats’ chances of holding Senate seats in Georgia, New Hampshire and Nevada.

Mr. Markey called on President Biden to declare a national emergency on climate, an action, he argued, that would energize climate voters.

“Every high school and every college campus has environmental groups,” he said, “and executive actions by the Biden administration will send a strong signal to them that it is critical that they need to get out the vote.”

Mr. Biden said he would “take strong executive action to meet this moment” if the Senate did not, but he did not lay out specifics.

“To have those negotiations, to go on as long as they have, and now to say that’s out, that is frustrating,” Gov. Roy Cooper of North Carolina, a Democrat, said of the party’s imperiled domestic agenda, without singling out Mr. Manchin. “The administration needs to continue to push.”

Some activists focused their rage on Democrats beyond Mr. Manchin, such as Speaker Nancy Pelosi, who they said continued to back moderate incumbents such as Representative Henry Cuellar of Texas against a younger and more diverse cast of liberals.

“There is a felt sense of a party-wide leadership failure,” said Varshini Prakash, executive director of the Sunrise Movement, a group of young climate activists. “Among young people there is a deep frustration that the issue of our time that is existential to our survival is not being met with the level of fight that it deserves.”

She and other organizers argued that anger over the tanked environmental legislation would only push young voters to double down on their commitment to elect progressive Democrats.

“I think they see there is no room to remake the Republican Party, but there is room in states to remake the Democratic Party,” said Cristina Tzintzún Ramirez, president of NextGen America, the progressive political action committee founded by the billionaire Tom Steyer to mobilize young voters.

NextGen has earmarked $15.1 million to mobilize students on 186 college campuses in the battlegrounds of Arizona, Michigan, North Carolina, New Hampshire, Nevada, Pennsylvania, Texas and Wisconsin. It is aiming to reach 9.6 million progressive voters.

The Sunrise Movement is planning to focus on swing states like Pennsylvania and on competitive House races. The nonpartisan Environmental Voter Project is targeting eight million people it has identified as environmentalists who did not vote in the 2020 presidential election.

While Democrats blamed Mr. Manchin, there was little sign that Republicans felt political pressure to move toward action on climate — and certainly none of the moderate voter outcry that recently prompted a rare bipartisan compromise on gun laws.

Republicans are responding to the localized effects of climate change with calls for action — Representative Kevin McCarthy of California, the Republican leader, on Friday pleaded for passage of legislation to save the Giant Sequoias in his district, which are threatened by fire and drought — but those calls don’t cite the underlying cause, a warming planet.

Understand Inflation and How It Impacts You

Benjamin Backer, president of the American Conservation Coalition, a right-of-center environmental organization, said Republicans had no incentive to come to the table. Their own voters aren’t demanding action, and liberal activists, drifting leftward, are unlikely to be satisfied with compromises Republicans could accept.

“The problem with the environment movement right now is it’s so one-sided, if anyone votes the right way, it’s deemed not good enough, and if a Republican votes that way, the voters who care won’t vote for him anyway.”

Mr. Backer and other Republicans involved in the issue insist there is movement on their side. Outright denial of climate change is almost gone, at least among elected Republicans. Many in the G.O.P. had moved to arguing that rising temperatures were simply natural.

Now, after members of Congress took bipartisan fact-finding trips over recent years to watch Greenland melt and Alaska’s permafrost burn, the predominant argument has shifted again: Tough action by the United States is pointless, many say, because carbon pollution from India and China will swamp it.

Still, House Republicans have offered incremental proposals to answer more sweeping Democratic offerings — such as investments in American renewable energy manufacturers and forest and wetland restorations. They may suddenly seem more acceptable in the face of the Democrats’ failures, Mr. Backer said.

But how any action can be bipartisan remains unclear. Ms. Mace said the Democrats’ approach of offering tax breaks for the purchase of electric vehicles or clean energy was “picking winners and losers.” She said Republicans wanted broad tax cuts that would give people more money to make such investments if they chose to do so.

Democrats tried on Friday to stay upbeat. Mr. Manchin, speaking on a West Virginia radio broadcast, said that if Democratic leaders were willing to wait until September, perhaps something could be worked out.

Democrats say they still have time to energize their voters before November.

And Gov. Phil Murphy of New Jersey, a Democrat and the new chairman of the National Governors Association, said “there’s too much at stake here” to give up.

“Whether it’s prescription drugs, whether it’s climate, whether it’s other stuff that Democrats historically have rallied around and stood for, I think party unity matters a lot right now, and so I would just hope that we could all come together,” he said. 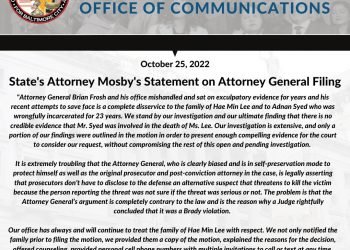 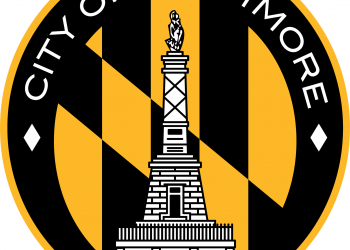 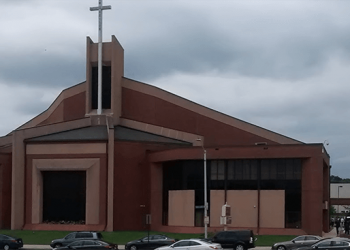 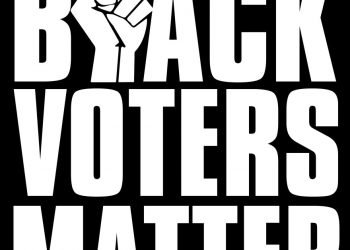 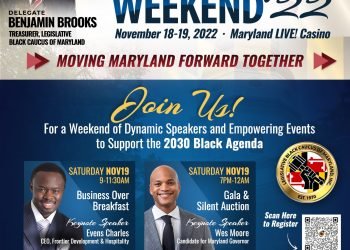 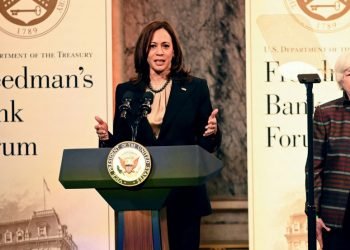 Beyond the Pen Hosted by Maccabee Griffin