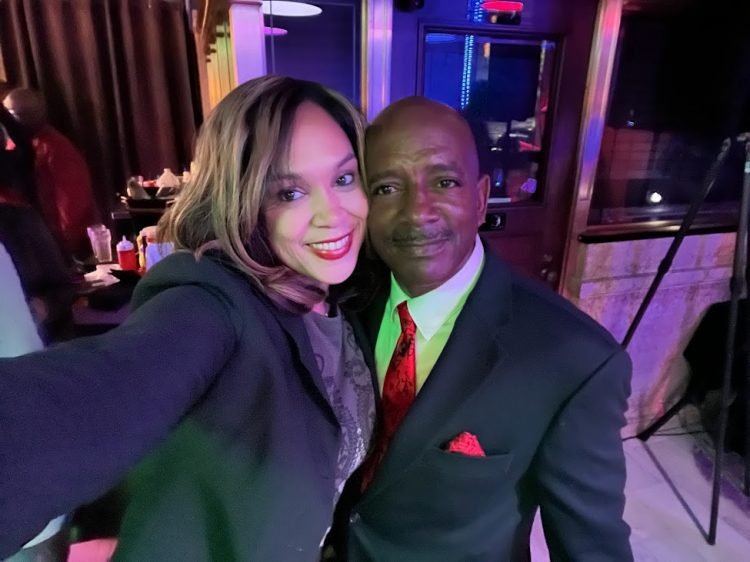 “To be ignorant of what occurred before you were born is to remain always a child.”
– Marcus Tullius Cicero

Baltimore City State’s Attorney Marilyn Mosby is officially running for her third term, and I, for one, support her. For the record, I previously worked on two unsuccessful campaigns against her. However, this time around – given the onslaught of negative press from one local news outlet in particular on a daily basis, literally – let alone the petty legal effort to remove her from office over an issue Dr. Tyrone Powers says is ridiculous, there is no way on God’s green earth that I’m going against her again.

She’s earned and deserves my respect. She has proven herself a warrior.

In the realm of politics, very few Blacks are true gladiators. Delegate Howard “Pete” Rawlings was one. He was Chair of the House Appropriations Committee, which controls the money. He was a mathematician, had the memory of an elephant where he could recall quotes verbatim (a big help for a then-rookie reporter like me), and he was a political boss who understood politics significantly “better than the average bear.”

The now retiring state Senator Delores G. Kelley out in Randallstown is another fighter. So, too, was former state Senator Joan Carter Conway. Both of these women are still giants in Annapolis because of their political skill and ability to wield power. Today, Speaker of the House Adrienne Jones has the mantle of leadership. Although she is a really modest person, kind and sweet – she too has ascended to an unprecedented position of power for a Black person; and you don’t get there not knowing how to fight.

Sometimes, though, our Black elected officials don’t get to walk off into the sunset. Too often, they get unfairly targeted for any number of reasons. It’s kinda like Faceboook jail or, better yet, the American prison industrial complex. America likes charging and incarcerating Black people for the pettiest of matters. Look at the whole discussion around cannabis; while there are tens of thousands of Black people locked up across America over marijuana, nowadays white males are making money legally off of it. And they keep the business to themselves by making the entry fee around $10 million.

You see, we know the games they play here in the land of the free – the same one our Black ancestors fought and died for in every major war, but sometimes – no matter how safe we are – we, unfortunately, get hemmed up like Blacks during the era of “zero tolerance”: Just locking up Black folks for the hell of it!

Former Baltimore Mayor Sheila Dixon certainly gets recorded as a true fighter, and a fierce competitor, too. As a matter of fact, she is the most disciplined candidate I’ve ever met. She reminds me of Muhammad Ali in training camp. She has a strict campaign schedule, including door knocking and phone time, and she sticks to it like an Olympian. On top of that, she is a clean fighter and does not tolerate dirty tactics from any member of her team. You gotta respect that. I sure as heck do.

Did she deserve to have state police run-up in her house? Wasn’t that some cruddy crap?

This isn’t done typically to white politicians, quite frankly. Easily, matters like this disappear like they never happened. Cathy Pugh, although I was not a fan, went to federal prison but has Fox 45 News asked one question of the people on the University of Maryland Medical System board who were also involved?

Typically, I don’t give credence to what the other guy is doing, but, this is America. And for me, to act as if America is on the up and up when it comes to Black people is very unwise. Those guys are always up to something. Whether it’s bombing Black Wall Street in Tulsa or bombing M.O.V.E. in Philadelphia, we know how America operates. Hell, we’re still waiting on 40 acres and a mule. And let’s not even bring up reparations for slavery, the Wilmington Massacre, the sad demise of the Freedmen’s Bank, or the Homestead Act. Those are entirely different discussions altogether.

And so, in my book – like Marilyn, Sheila was also targeted over a petty matter – something that easily could have been handled differently. But no, like Washington, D.C. Mayor for Life Marion Barry – the agents of institutional racism in America do whatever is necessary to assassinate the character of our strongest voices. And they will easily use another Black person to do the deed.

‘Cause that’s what America is used to doing to Black people they foolishly fear. And that’s why I am putting my full support behind Mosby for State’s Attorney of Baltimore. I’ve seen this movie before, and I don’t want to see it again.

“I am sick and tired of being sick and tired,” said voting rights icon Fannie Lou Hamer. Every single day, this one couple – Nick and Marilyn Mosby – lead the headlines. Why? Every time we get a leader with any kind of viable rapport with the people or a brain of their own, then here come the ninjas spewing their rhetorical poison while offering no viable solutions to a city like Baltimore, the home of segregation going back to the days of Mayor J. Barry Mahool. It’s like Black people can’t have anything in Baltimore without some sour puss coming through to rain on our parade.

You want to investigate something? Investigate the historic underfunding of East and West Baltimore as compared to what was spent on East Harbor, Charles Village, and Port Covington in recent years. This is a city that has invested more in the Inner Harbor, which is dead, than where they should have spent it all along: on the people!

So, yeah! Put me down for Marilyn Mosby for re-election to her third term. She has had a whole lot of unnecessary chicanery to deal with in a racially hostile environment, featuring an incredulous right-wing media with a twisted moral compass so skewed it couldn’t find its way to the restroom. It’s as if every time we get a leader with any kind of chutzpah or moxie, here comes an investigation. The agents of institutional racism sit back and wait for their opening like vultures in search of prey, except the prey seems to always be Black elected officials who dare to stand boldly … and unapologetically Black.

*Special thanks to Nicole Orr and Tamara Brown for insisting that I take another look at the way this system has unfairly treated Baltimore City State’s Attorney Marilyn Mosby.