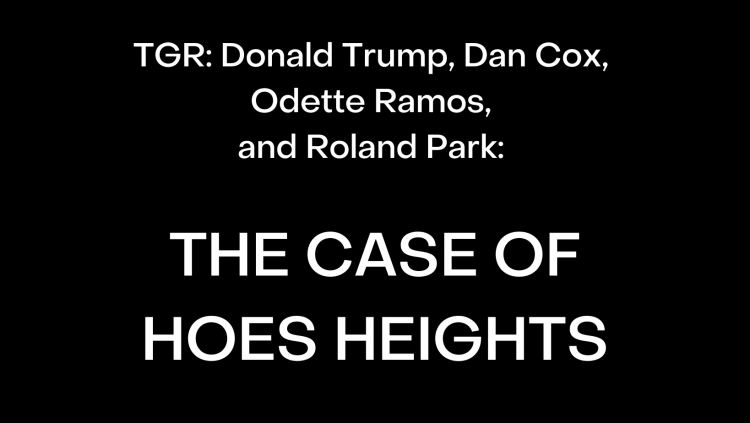 (BALTIMORE – August 26, 2022) – It’s ironic how Baltimore has been home to some of the brightest people in the world – Black, white, and otherwise – but yet maintains this seemingly predestined insistence to reject the light of truth and justice. As a proud African American of Indigenous, Puerto Rican, and possibly some European descent, I love my hometown.

However, there is a fundamental problem here that has never effectively been arrested and treated. Thus, it festers. What’s unique about Baltimore is that its parochial approach to this core issue – racism, was codified here and replicated around the country.

If you listen to my morning show, you may hear me mention Baltimore Mayor J. Barry Mahool (1907-1911). For the uninitiated, he is known as the Father of Segregation.

If Fox45 is guilty of over-discussing the life and times of Marilyn Mosby, then I am, unfortunately, guilty of forever mentioning J. Barry Mahool because he helped lay the groundwork for the racially divisive Baltimore that we live in today.

Squeegee kids are not the problem in Baltimore. That’s the dismal and limited picture that the mainstream media want to portray – probably for political purposes. So, they’ll bring on a Thiru Vignarajah as if he is one of us and will save us from violent Black people.

That’s pretty much it. Thank God the typical Baltimorean is much more politically astute than to commit to a guy with flagrant sex-related issues amidst his deep political aspirations to win an election. Any election, at this point.

Nonetheless, what’s typically left out of the ‘daily squeegee kid report’ is the inherent nature of apartheid in Baltimore, its origins, and worst yet, the people who try and commit to racial separation in this 9-to-1 Democratic city still today. I have often asked myself, for instance, what does it mean to be a Democratic in such a heavily Democratic city? Does it mean that white people here are inherently nice?

And that’s why I say – a racist is a racist. Red tie, blue tie, bow tie – all the same. What’s more important for me, as a Black man, is to understand the history of this disease and how to cure it.

I know, for instance, that Blacks can swing any election in Maryland. Politicians may think we are slow politically, but we are not. We understand the score very well.

In 1996, David Troy wrote in “The History of the 15th Amendment in Maryland”: It is worth noting that the Republicans were as motivated by practical considerations as ideological ones in their support for black suffrage. As early as 1866, Senator John Creswell had to “defend” allegations that he was “for” black suffrage, and in fact he denied that he supported it. This is the same man who chronicles the progress of blacks in his speech at the ratification celebration. They also flip-flopped on whether to include blacks in the party, supporting it when it seemed politically expedient and denying it otherwise. The bottom line was that 40,000 voters, almost all of which would certainly vote for the Republican party, would be added to about 131,000 voters, comprising almost 25 percent of the combined electorate.

Some decent people are worried that Cox has a chance to win.

Surely, this couldn’t happen in a 2-to-1 Democratic state, right? At the same time, the whole world is watching as Trump’s train of racial hatred wants to go viral again. Liz Cheney getting knocked off in Wyoming was a wake-up call for many. Trump’s influence is obvious and growing.

It’s pretty obvious that, as Attorney Robert Dashiell has noted often on our show, some people act as if they own this country and the rest of us are just furniture.

Trump has cunningly tapped into this fear – false evidence appearing real – and the artificial anxiety of White America. America is browning by the minute, and some people want to change the rules to suit their agenda over anyone else’s – regardless of what the US Constitution may state.

This was made plain on January 6th as the US Capitol was stormed by a mob of angry whites responding to the instructions of Trump.

And so, the 600-pound gorilla called racism is still lurking on these streets and in these suites and judicial chambers and prison cells – but not one of these brilliant people has thought to heal the problem.

Nope. Instead, Johns Hopkins does their research with Blacks as the guinea pigs. Ask Ronnie Lacks, the grandson of Henrietta Lacks. The University of Maryland has been sued, too – more than once, for its inhumane treatment of Black people. These two mammoths live off of Baltimore and don’t even pay their fair share of taxes.

But let a resident be a tad too late on a water bill and they’ll find their house sold.

The one thing I haven’t mentioned – as I conclude setting the table – is this notion of racial superiority. As a student of history, Margaret Sanger comes to mind. She is the mother of Planned Parenthood who is quoted as saying that Black people are like weeds that need to be exterminated. She was affiliated with Francis Galton, a Eugenicist. Galton was cousin to Charles Darwin – the “survival of the fittest” guy.   These people trained Hitler, according to my research.

This insidious obsession with racial superiority is tiring. It reminds me of the Greek tale of Sisyphus.

So, here we go. Truly smart people could never be racist. Sure, you may have your billions of dollars, your influence, your access – but truly wise people understand … let’s call it the bigger picture.

The smartest people know that when you don’t treat people right, you end up hurting yourself more than anybody else. In The Godfather, there was a scene where it was stated to give the heroine to Black people, but not to white people.

Today, another white addict was walking through my alley here in Sandtown, a majority Black community, looking for whatever they can get into. This is now a daily occurrence. It started after the Department of Justice’s Consent Decree was implemented.

When you go carrying poison to kill someone, a little bit is bound to spill on you.

So, what am I all up in arms about? I’m sickened by the topic of today’s show: Hoes Heights. Ever heard of it?

The hidden and oft-overlooked north Baltimore neighborhood of Hoes Heights bears the name of Grandison Hoe, a freed slave in Antebellum Baltimore who once owned and operated a farm on the location. Nestled between its more renowned neighbors—Hampden to the south and Roland Park to the north— this neighborhood remained entirely African-American until the last few decades. Hoes Heights, bound by Cold Spring Lane to the north, 41st Street to the south, Falls Road to the west, and Evans Chapel Road to the east, became part of Baltimore City under the 1918 Annexation Act. It is an architecturally diverse community consisting of 19th-century stick-style houses, turn-of-the-century single-family homes, and brick rowhouses. Many are probably familiar with this neighborhood’s most prominent feature—the 148-foot tall water tower located on Roland Avenue near the intersection of University Parkway (Underbelly).

Currently, members of the neighboring Roland Park community have insisted on closing a road to their community. The members of the Hoes Heights Action Committee assert that Baltimore City Councilwoman Odette Ramos is partially responsible for it. They said that they expressed their concerns to her but they were clearly disregarded.

This is just the first of this news. While this story has been covered by other news outlets, it hasn’t gotten the traction it deserves, especially in a 9-to-1 Democratic town – particularly around election time. Right?

Not only do we rebuke the notion of racial superiority, we also highlight that quite often racists are disguised in Democratic garb.

In any event, stay tuned as we cover this ongoing story. As for Wes Moore and the governor’s race, I think he will blow Cox straight out of the water – much the same way Hoes Heights will be made whole and become a household name in Baltimore once again.

Unfortunately, we are reminded of the need for Bmorenews.com. Few have the freedom to talk about the truth in Baltimore. Sadly, I believe that there are those people who act like they want to help this city, but in reality, they hate the people of Baltimore.

The problem is – Baltimoreans are pretty good at picking up on a phony, regardless of their zip code or the extent of their bank account. Let the truth speak freely for itself! Let Baltimore finally become free of racial hatred, separation, and the like.