Fauci Says He Will ‘Almost Certainly’ Retire by January 2025 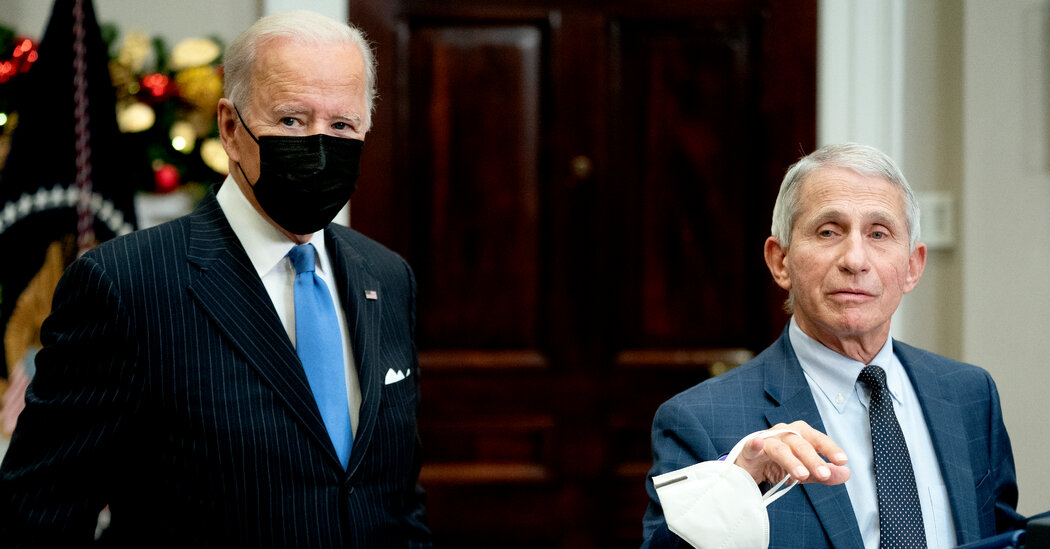 WASHINGTON — Dr. Anthony S. Fauci, who has repeatedly brushed off speculation that he would retire, says he has a time frame in mind for the end of his long government career. But those who are eager for him to go may have to wait a while: His plan is to leave by January 2025, the end of President Biden’s current term.

In recent months, the will-he-or-won’t-he-step-down conversation has dogged the 81-year-old Dr. Fauci — perhaps the best-known doctor in America. The issue comes and goes in direct proportion to how much Republicans are attacking the man who has been the top medical adviser to two presidents during the pandemic.

Dr. Fauci, a government scientist for more than 50 years and the director of the National Institute of Allergy and Infectious Diseases, has always said he would leave at some point — just not precisely when. And, really, he still hasn’t: On Monday, he said that he would “almost certainly” step down before the next presidential term.

“I am not going to be on this job forever, but I can tell you that I will almost certainly step down before the next term, in other words by the end of Joe Biden’s first term, which is January 2025,” he said in an interview, after mentioning that date for a feature story in Politico published on Monday.

He insisted such an end date was hardly news. “I never, ever planned to go beyond Joe Biden’s first term — even if he gets a second term I don’t plan on being there for that,” he said.

Still, the emergence of even a soft target date was notable.

In an interview in September 2021, he said he was not really thinking about when he would step down, but was working on a memoir and could not contract with a publisher until he left government service.

“I’m not completely crazy to think that I’m going to be doing this when I’m 92,” he said. “But right now, when you’re caught up in this incredible, intense activity, you don’t really think about retiring. You think about ending this pandemic, you know, putting it in the rearview mirror, and then maybe taking a deep breath and thinking about retiring.”

In an interview in January, he said that he would not let Republicans force him out, and that his timetable would be his own. In a quick text conversation in May, he was asked to respond to reports that he was about to step down.

Even with the added clarity about the possible timing of his retirement, January 2025 is a long way away. The bigger question is whether Dr. Fauci will leave before January 2023, when Republicans may well control one or both houses of Congress. Representative Jim Jordan, Republican of Ohio, has already said Republicans will investigate Dr. Fauci if they win control of the House.

Some of Dr. Fauci’s friends have been urging him to step down before that happens. But he has said he is not worried about any investigation, noting that Republicans, who have accused him of misleading the public about the origins and severity of the virus, might investigate him regardless of whether he is still working.

“My retiring would have nothing to do with avoiding that,” he said in January, adding, “I can’t think of what they would want to investigate except this whole pile of lies that they’re throwing around.”