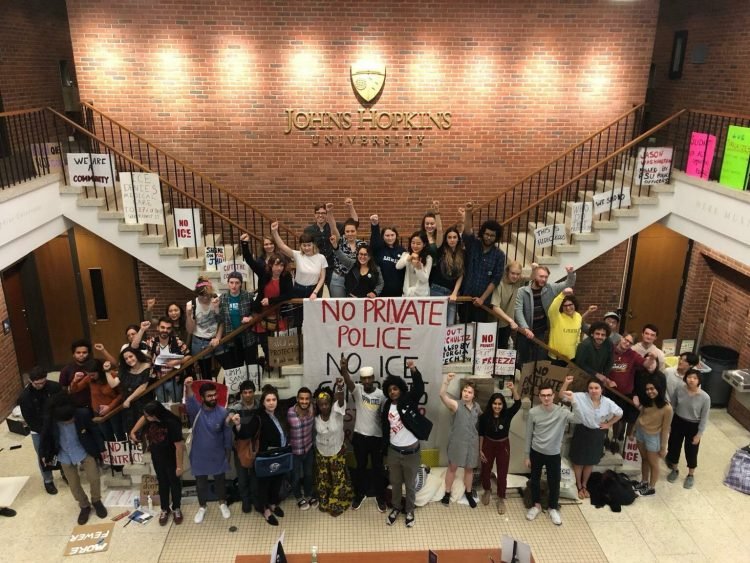 WE WILL BE MEETING IN FRONT OF HOMEWOOD MUSEUM WHICH IS VISIBLE FROM THE EAST GATE OF HOPKINS CAMPUS AT 3400 N CHARLES ST (near the intersection of N.Charles and 33rd streets)  IN BALTIMORE

You can join us on Facebook online livestream for this West Wednesday #479
To read more about the history of our involvement in actions in protest against the forming of a Hopkins private police force check out this link: https://therealnews.com/baltimore-activist-threatened-with-legal-action-over-participation-in-hopkins-protests

The West Coalition is a collaborative group of people working for accountability for Tyrone West and all victims of police brutality. We welcome all regardless of age, race, gender, sexual orientation, religion, socioeconomic status, or background. We don’t affiliate with any particular political party, religion or philosophy. Our members are committed solely to working to end police brutality and change the systems that support it.  Any statements, opinions, or beliefs expressed by guests and/or participants are solely their own, and are not expressly those of the West Coalition.

Join us this week to hear about the #wewantananswer campaign and listen to Tawanda Jones discuss the ongoing fight for accountability for Tyrone West and all victims of police brutality!

It is beyond time to reopen all cases of Police Brutality

ADVERTISEMENT
Tags: West Wednesday is IN PERSON This WEEK 09/28/22 at 6:30PM EST
ShareTweetShareShareSend