Publisher grew up in a family business

(BALTIMORE – July 31, 2022) – Bmorenews.com, an award-winning Baltimore news outlet based in the Historic Sandtown Community, will be marking its two-decade milestone with a number of events over the course of the next year beginning in August. Established on August 9, 2002, Bmorenews.com is often considered “the voice of the Black community.” For the uninitiated, August is National Black Business Month. It was established by historian John William Templeton and engineer Frederick E. Jordan, Sr. in August 2004 to “drive the policy agenda affecting the 2.6 million African-American businesses.”

With this in mind, Bmorenews publisher Doni Glover will host a kickoff broadcast on Mon., Aug. 1, 2022, at 9 am EST. This LIVE stream broadcast can be viewed on Facebook, LinkedIn, Twitter, and YouTube.

Bmorenews will also be presenting two business networking events in August: one in New York and the other in Baltimore.

Bmorenews is the digital brainchild of journalist/media entrepreneur/activist/author Doni Glover. In 2006, it was voted “Best of Baltimore” in 2006 by the City Paper as “Best New Media”. The Baltimore news site has covered news both domestically and internationally, including Jordan (Sept. 2002, as US troops landed to invade Iraq); the Ethiopian elections (Addis, 2006); Tanzania (interviewed exiled Black Panther Pete O’Neal); Canada; Jamaica; and more than 40 visits to the White House since 2010.

Even more, Glover has built one of the largest video libraries featuring original Black news content in the nation. “Bmorenews’ video archives have some of the most honest and insightful footage of the mid-2000s in Baltimore City and the impact of various policies that were implemented,” said Richard DeShay Elliott. A regular contributor to Bmorenews’ digital efforts, Elliott added, “I applaud Doni Glover for his interviews of figures such as Frank Conaway Sr., Sheila Dixon, and Jill P. Carter, and I encourage more media to take his approach.”

Because he grew up in a family business (Glover’s Funeral Chapel), covering Black-owned businesses has been a staple at Bmorenews from the very beginning.

“Given the $1.5 trillion in annual disposable income in the Black community nationwide,” said Glover, “there is no reason why any Black business worth its salt with a decent product or service ought to be struggling.”

Thus, Glover has used his platform to advocate for Black businesses, including his Joe Manns Black Wall Street Awards. Established in 2011, these awards celebrate Black entrepreneurs and professionals as well as the people who support them regardless of race. To date, Bmorenews and its partners have over honored over 1,900 individuals in 9 US cities. The goal is to help preserve little-known Black business history and to inspire entrepreneurship beginning in the Black community.

“Business is the backbone of any community,” said Glover. He added, “Like Maryland Lt. Gov. Boyd Rutherford has consistently noted, nobody hires Black people at a higher rate than Black-owned businesses. Therefore, we have to do all we can do to support them.”

Glover, who began his journalism career in Sandtown as the co-editor of the Sandtown-Winchester Viewpoint in 1994, is a former radio host at Radio One Baltimore’s WOLB 1010 AM where he brought forth news for 21 years. For the past 3 years, the Morehouse and Coppin State University alumni is a featured guest on WEAA 88.9 FM’s “Hiphop Chronicles” with DJ Mike Nyce where he delivers “The Bmorenews Report” on Thursdays at midnight (www.weaa.org).

Glover has appeared on a number of news outlets from all over, including Spanish TV and McClatchy. He made his national TV debut on “The Roland Martin Show” on TV One and was featured twice on CNN with Carol Costello and Sunny Hostin during the Freddie Gray Unrest of 2015. In addition to being a father of two (Asaan and N’yinde) and a grandfather of two (Amari and Satori), Glover is also the author of “Unapologetically Black” (2015) and “I Am Black Wall Street” (2021).

“Congratulations to Doni Glover and Bmorenews on its 20th year in publication,” said Mark Spencer, Esquire. “I fondly recall Doni first describing his vision for starting a news service that intended to be a reliable outlet for truth-telling to the residents of Baltimore City and beyond. Bmorenews has been a consistent and important information outlet that we can count on to provide important news about the political, social, and business developments in Baltimore that impact our lives in different ways. Doni helps us understand in plain language what powerful people and interests are doing and how their actions will impact us now and in the future.”

He added, “Bmorenews has filled a critical void in the local news that is based on grass-roots journalism that is not propaganda. Congratulations to Doni Glover and Bmorenews for 20 years of great journalism and we look forward to many more years of success!” 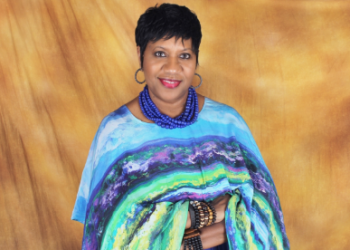 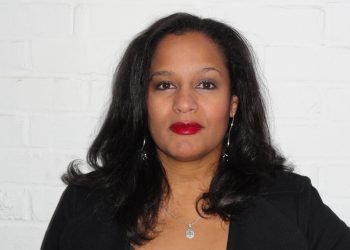