The piece spotlighted the case of Innocence Project client Melissa Lucio, who was wrongfully convicted and sentenced to death after her daughter, Mariah, sustained injuries after an accidental fall. Melissa is facing execution in Texas on April 27.

Melissa and her family were moving homes in 2007 when her 2-year-old daughter Mariah fell down a flight of stairs. Mariah, whose foot was turned in, was prone to falling and had difficulty walking steadily due to her physical disability. Her injuries did not appear life-threatening after her fall, but two days later she took a nap and did not wake up. Mariah’s death was a tragedy, not a murder.

Police immediately took Melissa into custody, and for over five hours, they intimidated her, berated her, and used coercive tactics to pressure her to confess to abusing her child. Exhausted, Melissa, a life-long victim of sexual abuse and domestic violence, finally told the officers, “I don’t know what you want me to say … I guess I did it.” At which point they ended the interrogation.

John Oliver goes into the details of Melissa’s wrongful conviction and how the system has fundamentally failed her. Watch the episode here, and be sure to share on Twitter so more people hear Melissa’s story. 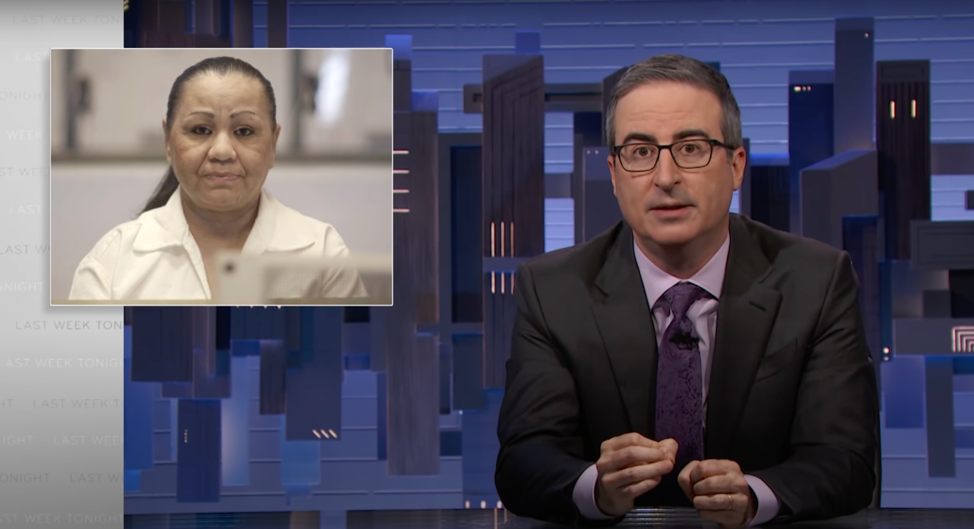 Since her sentencing, several judges have said that Melissa did not receive a fair trial. However, they concluded that they were unable to provide relief due to the Anti-Terrorism and Effective Death Penalty Act — a law that created a destructive set of procedural deadlines and barriers that ultimately act as an incredibly difficult barrier for wrongfully convicted people to overcome in seeking justice.

Take a moment right now to watch the clip from “Last Week Tonight” and then share it far and wide on Twitter.

Thank you for your support,

P.S. If you haven’t yet, please sign the petition calling on Texas to stop Melissa’s execution and prevent an irreversible injustice, then share it online with your friends and family.

Related ItemshomepageInnocence ProjectJohn Oliver speaks out on Melissa Lucio
← Previous Story Op-Ed: Statement Regarding Gov. Hogan’s FY supplemental budget
Next Story → Op-Ed: One of These Things Is Not Like the Others