The Glover Report: Pennylvania & Laurens, Avenue Market is Off the Chain! 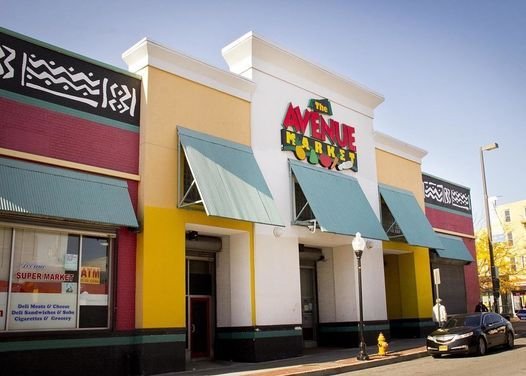 I pray that you are all safe, especially amidst the growing COVID numbers we all face.

I write to you to bring the Avenue Market and the surrounding area to your most immediate attention. I am a Sandtown resident who lives two blocks from the Historic West Baltimore market. I’ve watched the various iterations of the market in my 56 years of living. Early on, it was called Lafayette Market. My mother would take me there. I remember fresh fish being a staple. No, it was never Lexington Market; not even close. But, for certain items, Lafayette Market served its purpose.

Ladies and gentlemen, with a new year upon us, something major must be done in this area because it is anything but a market today. It is a violent, drug-ladened killing zone where drugs are sold freely all day and all night. Unless immediate attention is put on this nuisance area, the future of Baltimore is further threatened. From overdoses to shootings to homeless deaths, this neglected part of town is just about dead.

We, in the community, need a decent market. For years, I have spoken with Baltimore Public Markets and have raised questions about the possibilities of new vendors. The truth is, the market has been struggling for years. I have heard of plans coming for the past 20 years.

This ought to be of immediate concern because today, the staple being sold all around the Avenue Market is drugs. And the drug-related activities/behavior/crime spill all into the surrounding communities: Sandtown, Upton, and Druid Heights.

Yes, there is a small police presence all the time. However, like in HBO’s “The Wire”, a Hamsterdam has been created. That is, the Avenue Market is an open-air drug area where people going to catch the subway have to endure ‘touters’, addicts, and dealers just to get to the train. Adults and children are subjected to the foulest, despicable actions from people clearly addicted to the heroin and cocaine sold in the area.

Or, what about coming home after a long day’s work only to get to the top of the escalator and see addicts nodding – seemingly about to fall?

I’m a journalist, not a shrink. However, none of this can be good for the general public’s mental health. To be exposed to this level of madness and trauma on a daily basis is unacceptable and peculiarly reminiscent of a war zone.

Since Freddie Gray, this DOJ Consent Decree has been in play. I’ve investigated all sides and here is the truth. The cops (BPD) have a long history of violating the rights of Black people in Baltimore. At the same time, the cops feel like they cannot effectively do their jobs without getting suspended, fined, or arrested themselves. So, they’ve taken a knee and over the past 5 years, we’ve gone to complete lawlessness. If the O’Malley era was marked by zero tolerance, then now the pendulum has swung completely in the opposite direction.

The DOJ wants change, but this process of chastising the cops and at the same time expecting them to be excited and zealous is simply ludicrous.

At the end of the day, we have a Baltimore where everybody is carrying a gun except regular citizens. The cops have fallen back and violent crime entities are now running the streets. This is a very twisted scenario where the person who is most vulnerable, the everyday citizen, gets screwed on all ends. On the other hand, some cops feel that arresting a vagrant addict squatter who has repeatedly broken into the same re-boarded vacant has more rights than me, a tax-paying homeowner. Really?

Police want witnesses to speak up. The State’s Attorney wants them to speak up, too. Yet, these people have to live in these same communities as they watch these same killers walking past their windows. It reminds me of the Dawson Family massacre some years ago in East Baltimore. They spoke up and nearly the entire family was killed in a firebomb.

I am asking for mental health services, addiction services, law enforcement, employment opportunities, and the like to flood this otherwise forsaken part of Historic West Baltimore. We also need to have these needles picked up. We found 20 needles on the playground at the former William Pinderhughes Elementary (1200 N. Fremont Avenue) this summer during multiple cleanups.

We are better than this. Regardless of our own political bents or philosophies, regardless of who is right and who is wrong – we can all agree that the Avenue Market represents the absolute worst of Baltimore right now with shootings and killings on a weekly basis.

This is insane! And let’s not even get into the hundreds of outsiders who now freely roam our streets and vacant properties in search of a place to get high. These newcomers, I might add, are white and certainly not from Sandtown, Upton, or Druid Heights. I have attempted to bring light to this issue, but it has gotten lost. Before the Consent Decree, such addicts were immediately “G-checked” by the police and got back in their cars, and left. Not today!

So, my neighbors and I are also faced with addicts in our alleys at all hours of the night and day. Addicts in April 2017 started a fire in the three properties next door to me at 1144, 1146, & 1148 N. Carrollton Avenue. I have had to do more than the average person just to keep the drugs off of this block, much of which is now vacant. Believe me, it is not easy.

We can fight all we want in the media. At the end of the day, we all have to step up and do our damn jobs. No one person can save this city. It will take everyone from the student to the seniors and everybody in between. I refuse to think this is the best we can do. How about you?

Please transform the Avenue Market immediately. I only hope to live to see it.

By the way, we’d love to hear from you at our next Sandtown-Winchester Community Meeting on Saturday, January 15, 2022 at 1 pm. The location is the Druid Heights Community Development Center at 2140 McCulloh Street.