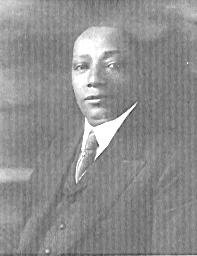 Tom Smith is a figure everyone should know in Baltimore. Living at 6631 Reisterstown Road in an era marked by Jim Crow segregation, this wealthy entrepreneur was running things long before Little Willie Adams hit the scene. Here is some information about his life. Be sure and check out the Sun story. Special thanks to Mr. Edward Hooks for sharing this story with the BmoreNews Family years ago. #weloveblackhistory #blackwallstreet #baltimore

“Mr. Thomas R. Smith, the subject of this sketch, is probably Baltimore’s best known colored man. He is the hotel proprietor of the largest colored hotel in the United States, and capitalist, being one of our wealthiest men of color. He is noted for his generosity being a contributor to the Y.M.C.A., Victory Hospital, Churches and other organizations, and thousands have had cause to thank him for his liberality. For every effort to better our conditions, he is always an enthusiastic donor. His friends in all parts of the country are innumerable. He married Miss Jessie Wilson, one of Baltimore’s most beautiful and popular young ladies.”

On January 15, 1871, Catherine Kent Smith gave birth to Thomas R. Smith.[3] Catherine was the widow of Nathaniel Smith. Both were slaves of the Kent family in Sunderlandville, Calvert County, Maryland. The two never took part in an official marriage ceremony, but began living as husband and wife around March 1857. On Febuary 13, 1864, Nathaniel mustered into Company B of the 30th United States Colored Troops Regiment, recruited out of Maryland.[4] Five months later, on July 30, 1864, Nathaniel was killed in action during the Battle of the Crater during the siege of Petersburg, Va.[5] Thomas R. Smith’s death certificate records Nathaniel Smith as his father, but because Nathaniel died seven years before Thomas was born, Thomas’ true father is unknown.[6] One wonders why an African American who claimed as his father a man who was killed in action as a United States Colored Troops soldier would choose to support the Democratic party, which for decades had been highly sympathetic to Confederate veterans.

Thomas R. Smith had four half-siblings: Kate Bruce Smith (b. February 20, 1858), Alice Lavanda Countee Smith (b. March 15, 1859) William Cornelius Smith (b. June 25, 1861) and Wallace Lee Smith. (b. December 25, 1864). Catharine’s pension application records these children as entering the world without the aid of a physician.[7] The family moved from Sunderlandville to Baltimore in time for the 1880 census. Catherine Kent Smith died November 12, 1904. Alex Hemsley was informant and undertaker.[8]

Thomas married Jessie Wilson (b. August 16, 1883), daughter of Charles and Lucy Wilson, on October 19, 1909. Rev. G.R. Waller wed the couple at Trinity Baptist Church.[10] Jessie died May 23, 1933 from intestinal problems.[11] William L. Fitzgerald co-executed her will.[12]Because he owed two mortgages totaling to $26,200 on the property, it is likely that Smith was a member of Providence Baptist Church at the corner of Fremont and Edmondson Avenues. At his death Smith held shares in The Monumental Lodge No. 3 Improved Benevolent Order of Elks of the World of Baltimore City which suggest that he was a member.[13]

Thomas R. Smith died the night of August 12, 1938 from heart trouble and was buried in Mt. Auburn cemetery.[14] His estimated personal wealth was $121,000, much of which was in Baltimore city real estate.[15] William L. Fitzgerald and Gerald W. Hill executed his estate.[16] Thomas R. Smith succeeded in going from rags to riches. Where did he get his first big breaks as a business-owner? What was Thomas R. Smith’s political power and how did it relate to his business success?

Wallace co-managed Smith’s Hotel. It is not surpising that Wallace chose not to go by his full middle name “Lee” but chose to abbreviate. Both brothers were saloon operators before going into the hotel business in 1913.[17] Wallace lived much of his life at 504 W. Lafayette Street and inherited the hotel, which was put up for sale after Tom’s death.[18] Wallace L. Smith was murdered on a Saturday night, December 16, 1939, widowing Hazel Hughes Smith.

“[Wallace L.] Smith was shot to death by two men who entered a Negro Democratic club in the 1000 block Druid Hill avenue where racetrack results were being tabulated Saturday night, it was testified in Northwestern Police Court. The men charged with killing him, it was asserted, left the club and re-entered with pistols. Several other persons were herded into an adjoining room. They heard three shots.”[19]

One of those shots landed in Wallace’s abdomen and killed him.[20]Was this a murder or an assassination? Wallace’s funeral service was at a Masonic Temple.[21]

Black hotelier was a force in city Contributor: Born in the 1860s, Thomas R. Smith was a wealthy man who was known for his generosity and his activities on behalf of Baltimore’s Democrats. (Baltimore Sun)