Home / Business / POLITICS 2022: Who’s Running for Governor of Maryland Next?

POLITICS 2022: Who’s Running for Governor of Maryland Next? 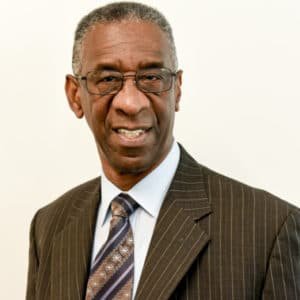 (BALTIMORE – November 19, 2020) – Next up in the world of elections is the June 28, 2022 primary election in Maryland. That’s when both the Democrats and the Republicans will learn who their nominee is for Governor of Maryland.

On the Democratic side, one could argue that Maryland Comptroller Peter Franchot is the front-runner. An Army vet and lawyer by trade, Franchot garnered over 1.6 million votes (72%) over Republican challenger Anjali Phukan in 2018. A former Delegate who represented Montgomery County from 1986 to 2007, he has served honorably as Maryland Comptroller since then.

Other Democratic names touted in this gubernatorial race include Baltimore County Executive Johnny Olszewski, who narrowly etched out enough votes to win the Baltimore County Executive post  in 2018 after trailing in third place for much of the campaign. Olszewski emerged to beat better-funded challengers, including County Councilwoman Vicki Almond and state Sen. Jim Brochin by a 17-vote margin.

Also mentioned in political circles is Prince George’s County Executive Angela Alsobrooks. Representing the largest African American jurisdiction in Maryland, Alsobrooks would be a major threat to Franchot’s ascension if she chooses to run. With 30% of Maryland being Black, Alsobrooks would have a step up in the Black community on her opponents.

Across the aisle in Annapolis, Maryland Lt. Gov. Boyd K. Rutherford is certainly a horse to watch.

Delegate Nic Kipke, the Minority Leader in the House of Delegates, “As we now look to 2022, all eyes are now on Boyd Rutherford, who is well-positioned to the lead the gubernatorial ticket for Republicans.”

With a growing reputation in Maryland’s Black business community, Rutherford is rather well-respected by many business owners. Over the past 6 years, he has toiled arduously to assist small business owners across the state, particularly in the midst of the COVID-19 pandemic, to ensure that they get the necessary access to the critical resources they need and deserve.

While the issue of Minority Business Enterprise (MBE) has been scarcely discussed compared to years past, it is nonetheless still a blazing issue among Black business advocates in Baltimore, Baltimore County and Prince George’s County.

Stanley Tucker, President of Meridian Management Group, is one of them. He told Bmorenews when asked what he needed to see in the next Governor of Maryland, “We want to see someone who is committed to the growth and development of Maryland businesses, particularly of minority businesses.”

He continued, “95% of them are small businesses. So, I want to see a strategy where we are maximizing the impact of these minority businesses. When we do that, and get access to capital and access to markets, we can hire more people. Black people hire black people. And that’s how we enhance the economic base of the State of Maryland.”

Considered among the most astute Black politicos in Annapolis for more than past two decades, Tucker said that as these businesses grow, “they can hire people and house, clothe and feed their families.”

Tucker added, “We pay a lot of taxes in this state. Billions! So, therefore, we want access to capital and access to markets so that we can create jobs and strengthen our state’s economic base. And when we are offering jobs, it is because we understand the condition of Black people who are unemployed and in need of a job. We can then go to these people and say, ‘Put that down and come get a legitimate opportunity to make some money’ as opposed to investing in a life sentence in prison on the installment plan. I understand their plight. That’s why we want to show the ‘young bucks’ that this is how you can make some money legitimately, as opposed to selling drugs. ‘Let us help you to develop a skill set and make you legitimate and use that skill set to empower yourself.”

Tucker said that a young person recently told him, “I want to be a revolutionary conformist.”

He said that this is the mindset of being revolutionary by using the system to empower the Black community.

“We introduced legislation that now put one and a half percent of the gross proceeds of video lottery terminals goes back into small, minority, women and veteran-owned businesses via a statewide fund manager,” said Tucker. Proudly, he exclaimed, “We’re the only state in the nation with such legislation.”

In any event, Tucker is optimistic. He said that with 57 African American legislators in Annapolis – including Delegate Adrienne Jones serving as Speaker of the House, Delegate Sheree Sample-Hughes serving as Speaker Pro Tem and state Senator Melony Griffin serving President Pro Tem for the Senate, there is much cause for optimism.

Another Maryland business icon, Doris Cammack-Spencer, also shared her thoughts on the next governor. The illustrious Executive Director of the Southern Maryland Minority Chamber of Commerce told Bmorenews, “I’m hearing Alsobrooks.” She added, “I understand Peter Franchot has a lot of money.”

While it is still relatively early, one thing is clear: People are already choosing their horse for 2022.