Home / Editorial/Op-Ed / Guest Editorial: We Stand in Support of H.R. 40 and Reparations for African Americans: Why Ben & Jerry’s Supports Reparations

Guest Editorial: We Stand in Support of H.R. 40 and Reparations for African Americans: Why Ben & Jerry’s Supports Reparations

Commission to Study and Develop Reparation Proposals for African-Americans Act

We Stand in Support of H.R. 40 and Reparations for African Americans

Four hundred years ago, the first enslaved Africans were brought to North America in Jamestown, Virginia. As all of us acknowledge and observe this anniversary, we, as a company, believe it’s important to take a decisive stand in support of reparations. That is why we back H.R. 40, a bill before Congress that would create a commission to study the effects of slavery and discrimination from 1619 to the present and recommend appropriate remedies.

We recognize that acknowledging the structural racism that is deeply woven into the fabric of our society is difficult. It can be uncomfortable, or even shaming. But H.R. 40 gives us a chance to be honest about our history, and hopeful for our future.

The Atlantic slave trade, the institution of slavery itself, and the brutal and pervasive discrimination against African Americans that followed emancipation are  part of an immoral period in this nation’s history, casting a shadow we still live under today. Strict racist laws known as “Black codes” were established in parts of the country immediately following the ratification of the 13th Amendment in 1865. Their purpose was clear: to create and codify a continued system of institutionalized racism, leading directly to the Jim Crow era—a century of terrorism, segregation, and separate and unequal treatment under the law.

While Jim Crow was dismantled by Brown v. Board of Education in 1954 and the Civil Rights Act of 1964, the effects of slavery persist. They live on in the criminalization and disproportionate imprisonment of African Americans throughout the United States. They live on in the unjust and racist policies and laws that have for generations denied African Americans opportunities to build wealth and prosperity.

This is why we support the urgent movement to end mass incarceration and systemic racism. And it’s also why we support reparations. From Wall Street to the White House, enslaved people built America, making us one of the richest countries on earth. While America’s wealth has grown exponentially since 1619, the bill for all that unpaid labor has been ignored.

Ancestral enslavement and the resulting institutional racism have had a devastating effect on African American life—politically, economically, and socially. Today we have an opportunity as a nation to do something about it. A process of honest reflection and frank acknowledgement of the wrongs perpetrated and wounds left unhealed, can unify our nation and bring our people together, so that together we continue our long and unending journey towards a more perfect union.

We believe that H.R. 40 is our best chance to finally come to terms with the full story of our country’s founding. By looking closely and honestly at the truth of slavery and its long legacy, we will finally be able to live up to our founding principle, that all people are created equal. 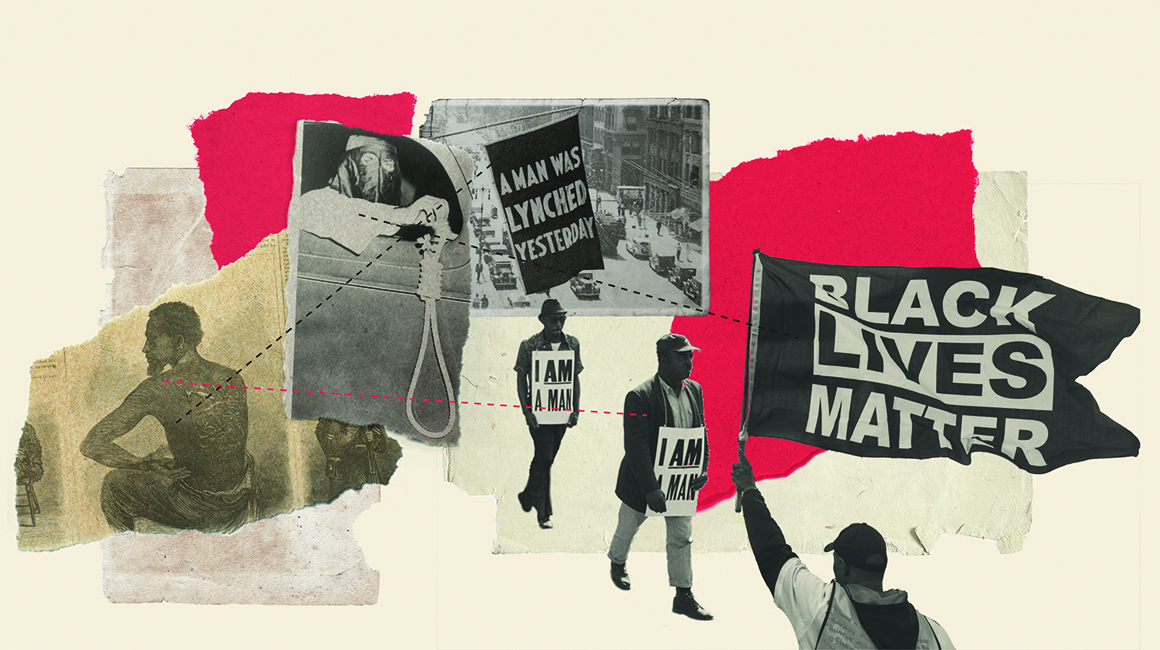 We will never achieve racial justice in America if this country does not examine the impact of slavery and its legacy – and make strides toward achieving reparatory justice.

Now, we have the power to make reparations for slavery real with H.R. 40, a bill that would set up a commission to examine the institution of slavery and its impact and make recommendations for reparations to Congress.

Momentum is building, and the time to act is now. Send a message to your members of Congress urging them to support H.R. 40.

Related ItemshomepageWe Stand in Support of H.R. 40 and Reparations for African Americans: Why Ben & Jerry's Supports Reparations
← Previous Story A Word to The Allies
Next Story → RICHMOND: Black Lives Matter