(HARLEM – October 29, 2019) – Noted Harlem developer Walter Edwards, who is a staunch proponent for the Black community, will be honored in Baltimore on November 14, 2019 at Coppin State University during the 2nd Annual National Black Wall Street Summit.

In his remarks, Edwards is expected to speak about gentrification in Harlem and just how the community was able to respond. Harlem is but one of the places where the racial tide is changing. Baltimore is currently seeing gentrification in both the East and West parts of Baltimore which are predominately African American. Hopefully, lessons can be taken away from his words to help enlighten African Americans in Baltimore on what to expect.

So, just who is this Harlem icon?

Walter Edwards has been a driving force in community building, opening doors and making inroads for minority, women and local business entities in the greater New York City region for over three decades. Prior to the founding of Full Spectrum in 1988, Walter’s experience of successfully identifying and acquiring real estate investments date back to the mid-60s. With a portfolio of several residential and commercial properties in the Harlem area, he developed a reputation of integrity and willingness to take a stand that follows him to this day. He maintains high-level relationships with elected officials, corporate leaders, community leaders and others who may impact the Full Spectrum business environment. 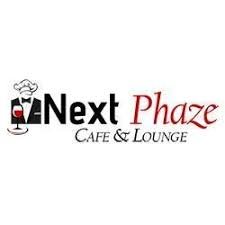 As CEO of Full Spectrum of NY, Walter sets the tone and direction for the company’s endeavors nationally as well as internationally. Known to think “outside the box”, Walter’s entrepreneurial background has provided Full Spectrum with the ability to see opportunity and worth previously overlooked by others in the industry.  With the development of 1400 5th Avenue in Harlem in 2004, one of the nation’s largest emerging urban markets, Full Spectrum has been viewed as a NYC market leader and a national leader in the development of green and smart residential housing in urban markets. The firm has been recognized for its leadership in rethinking the housing equation and developing strategies to deploy appropriate technologies to make housing more energy efficient and environmentally friendly. Through his outreach efforts in the faith-based communities, he has created partnerships which resulted in conduits for expansion of the Full Spectrum brand throughout the Caribbean region and West Africa. As part of its commitment to the Clinton Global Initiative, Full Spectrum is currently developing a project in Senegal West Africa that will provide 5,000 new homes for working class Senegalese citizens.

Mr. Edwards’ leadership has guided Full Spectrum to be recognized as a national leader in the development of affordable green/smart buildings in emerging urban markets. Full Spectrum’s 1400 on 5th Avenue and Kalahari Condominium developments in Central Harlem, are among the rated mixed income developments found in any emerging urban market in America. The two projects provided nearly 400 units of green workforce housing in an otherwise overlooked market. Walter Edwards is leading Full Spectrum’s team in evaluating and developing sustainable human settlement solutions for rural and urban housing in Senegal and Ghana with the objective of creating replicable system approaches applicable to the entire region.

In addition to Walter Edward’s involvement in Full Spectrum, he is actively engaged with the Harlem Community and beyond. As Board Chair of the Harlem business Alliance (HBA), a not-for-profit advocacy organization for small businesses at the Federal, State and local level, he was instrumental in the structuring of the Federally implemented Upper Manhattan Empowerment Board in Harlem. Under his leadership HBA sponsors an annual Economic Summit which provides local small business owners, community leaders, the opportunity to engage economic and development specialists, as well as local, city and state-wide government officials and representatives  from academic, financial and cultural institutions.

In addition to Mr. Edwards’s position as Chairman of Harlem Business Alliance, he also serves as Chairman of Mosque of Islamic Brotherhood Board; Member of Touro College of Osteopathic Medicine Community Advisory Board; and Chairman of the Board of CHIP INTERNATIONAL (Child Health Improvement Program International). CHIP International is a nonprofit organization dedicated to raising the consciousness of autism and child development in Africa. CHIP is currently conducting workshops in Senegal, and in Ghana with University of Cape Coast and the SWIFT Center, University of Kansas.

One of the latest endeavors of Walter Edwards and his partners is described simply as CULTURE. This 20,000 sq. ft. facility is dedicated to bringing the cultures of the world. Unique, progressive and truly experimental, its state-of-the-art facility boasts The Cafe’ at MIST, The Bar at MIST, The Restaurant at MIST and three of the most technologically advanced studios in New York City. Cited as one of the ten most influential Harlemites by New York Daily News, Walter Edwards has used his 40+ years of in the trenches entrepreneurial business experience to effectively positioned Full Spectrum for business opportunities in local and international markets. His widely recognized integrity and willingness to take a stand and make the hard decisions are critical to Full Spectum’s success.