Home / Editorial/Op-Ed / Guest Editorial: If Flint was a majority white city, I wouldn’t still be cooking with bottled water …

Guest Editorial: If Flint was a majority white city, I wouldn’t still be cooking with bottled water …

My name is Ariana Hawk, and the city of Flint poisoned my children. My then 2-year-old son named Sincere became the face of the water crisis when he was on the cover of Time Magazine in 2016. Ever since then, our lives haven’t been the same. 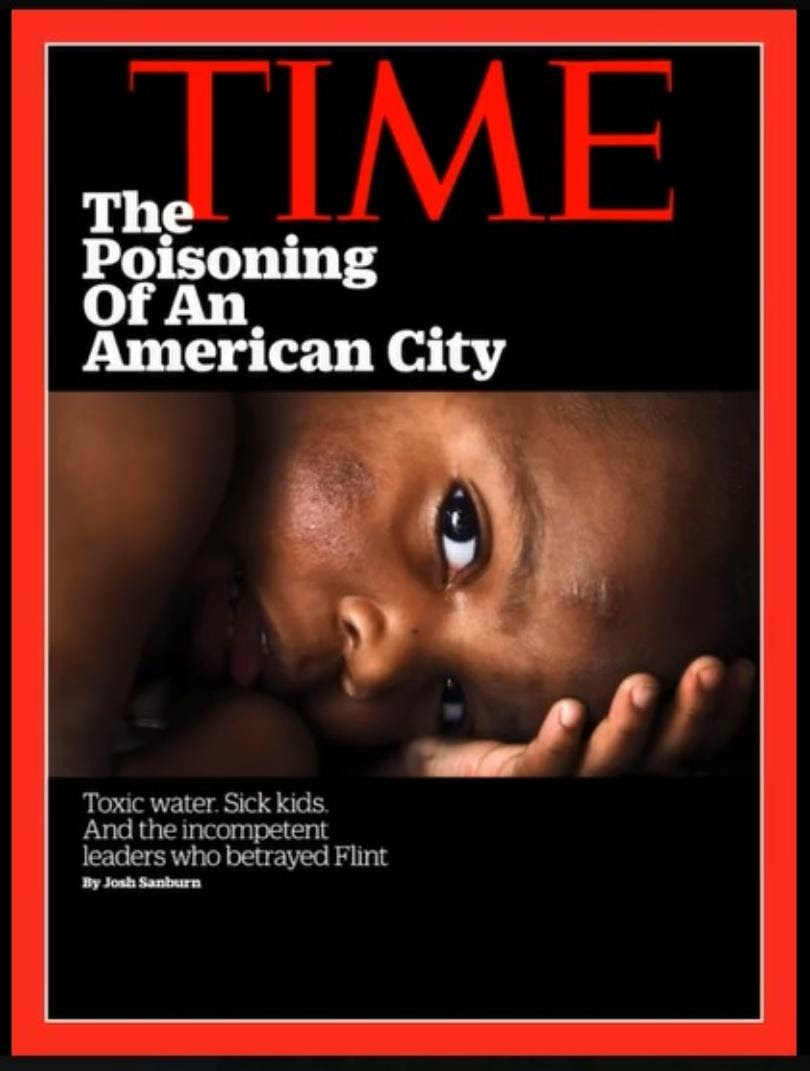 It’s been five years and Sincere still deals with the rashes. He lives with the fear of being poisoned every single day, and it makes me furious. My daughter’s dad died of bacterial pneumonia in August 2015, before the state of Michigan confirmed it was Legionnaires’ bacteria disease. I do not trust the water here, and why should I? From cooking to boiling water for baths to brushing our teeth — we have no choice but to use bottled water to protect ourselves from diseases.

Life is a battleground for me and my family. And it’s a battle for thousands of other “Flint-stones” just like me. That’s why every single day, I’m fighting for change as an organizer with Color Of Change PAC. Flint is the only home I’ve known. I couldn’t just sit back and wait for the government to fix things when they’re the ones responsible for poisoning my family and community.

I truly believe the best way to make Flint a better place is through getting a new mayor elected. We need a leader that we can hold accountable, and the only person I trust to get the job done is Sheldon Neeley. Donate $5 to help me reach as many voters in Flint as possible, and win the mayor’s election.

Since the crisis began, I’ve been in the streets organizing to get my community the basic resources they need to survive. When the state stopped funding water for Flint, I waited for hours in the cold to get hundreds of bottles of clean water from donations. When our hospitals said they’d stop saying the word “poisoned” when it comes to sick children, I reminded doctors that their words matter and that they cannot lie about our experiences.

People are tired of asking for help and having none of their needs met. It’s been five years. And it feels like asking for clean water is a full-time job when it shouldn’t be. Our local officials don’t care about what happens to us, and it shows. Karen Weaver has had 4 years to fix this problem, and she hasn’t. The city of Flint has received upwards of $600 million to clean up the water, and it’s still poisoned under Weaver’s mismanagement.1 She’s not doing her job properly. Why would we re-elect a mayor that sits back as hundreds of our community members suffer?

We’re all the way fed up.

The lack of concern from the government makes my skin crawl. I couldn’t just wait for them to fix things when they’re the ones responsible for poisoning my family and community. The state wants to say that the water is fine, but we know that this is a bold lie. Even today, hundreds of residents are forced to choose between paying a water shutoff fee or buying clean water, because the tap water at home is too toxic to use.2 That’s why every single day, I’m fighting for change as the lead organizer in Flint to elect Sheldon Neeley for mayor.

This will not be an easy fight. Right now, current Mayor Karen Weaver is trying to win votes by making plenty of promises to fix things– but she’s already had 4 years in office to fix them. I only have 30 days to reach as many voters as possible to vote for Neeley. I urgently need your help. Rush a $5 donation right now to support a new future for me and my family.

Sheldon Neeley grew up in Flint just like me, and I’ve seen him fight for us for years– from serving on Flint’s City Council to his current fight as our state representative to ensuring the people responsible for the water crisis are held accountable. He’s a stand-up guy that I trust. To get out the vote for Neeley, I have a plan, but I can only see it through with your support.

To make sure Sheldon Neeley wins, over the next 30 days I will be:

Flint is a predominantly Black community that has been forgotten about. I know, as you know, that if we were a predominantly white city, this crisis would’ve been solved much faster. Period. Every year, we are reminded that our health is not a top priority to the government.

There’s only so much fighting we can do without a government that has our backs. I know that Sheldon Neeley does. It’s been 5 years too long, and as my children grow older I fear for the longterm effects that this crisis will bring to them. The children of Flint, Michigan deserve a shot at normal life with good schools, clean water, and safety. We need this win badly. Rush a $5 donation so that my community and I can finally make justice an everyday reality. We deserve it.

Until justice is real,

— Ariana, Sincere, and the Color Of Change PAC team

Related Itemscolor of changeGuest Editorial: If Flint was a majority white cityhomepageI wouldn't still be cooking with bottled water ...
← Previous Story Opinion: The Continued Hypocrisy of the N.A.A.C.P. by Raynard Jackson
Next Story → US Black Chambers’ Statement on Net Neutrality