(ANNAPOLIS, MD – January 8, 2019) – Lt. Governor Boyd Rutherford today spoke at the Central Intercollegiate Athletic Association (CIAA) tournament location announcement at the Reginald F. Lewis Museum in Baltimore City. The lt. governor was joined by Mayor Catherine Pugh, representatives from the CIAA Board of Directors and VisitBaltimore as well as other state and local officials. 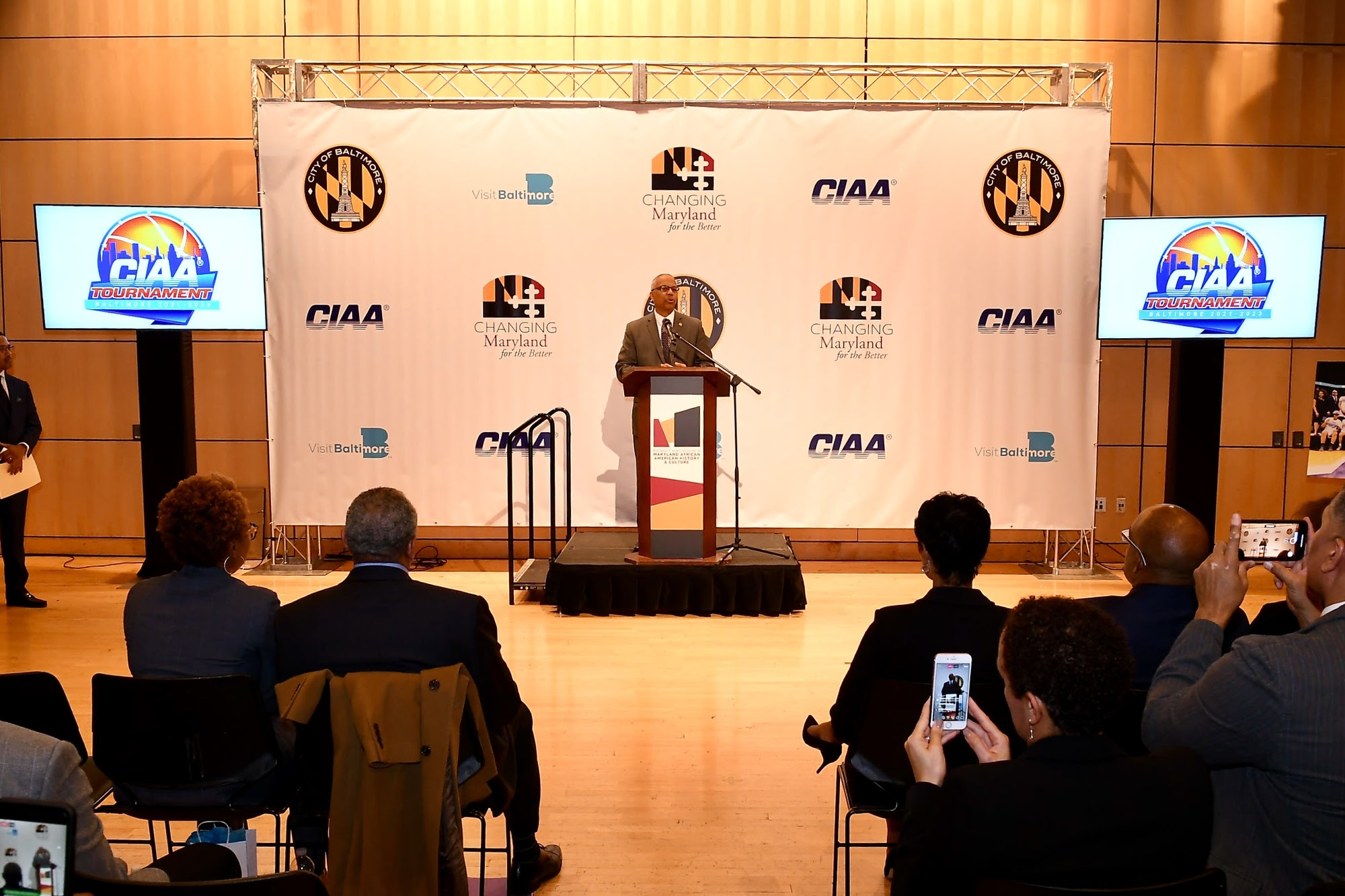 “Maryland is proud and excited to bring the CIAA Tournament to Baltimore in 2021 and beyond,” said Lt. Governor Rutherford. “This is wonderful news for the City of Baltimore and the entire State of Maryland as it gives us the opportunity to highlight the great assets that Baltimore has to offer as well as our host institution, Bowie State University — a member of the CIAA conference and a shining example of the athletic skill and academic excellence that our HBCUs cultivate here in Maryland!”

The CIAA has selected Baltimore as the official site of the 2021-2023 CIAA Men’s and Women’s Basketball Tournament. This comes after a thorough and comprehensive process which included site visits to each city to assess athletic facilities, convention center, hotels, and restaurant options for the week-long event. Additionally, three cities selected as finalists, delivered in-person presentations during the Board’s fall meeting in Charlotte in early December. The selection of Baltimore marks the first new location for the CIAA Basketball Tournament since 2005. Baltimore previously hosted the championship for one year, in 1951.

Founded in 1912, the Central Intercollegiate Athletic Association (CIAA) is the first African American athletic conference and one of the most recognized conferences in Division II. The CIAA is made up of smaller lower-division historically black colleges and universities, including Bowie State University. For more information on the CIAA Basketball Tournament, visit CIAATournament.org.